Former Rajasthan Deputy Chief Minister Sachin Pilot on Wednesday reiterated that he is not joining the Bharatiya Janata Party (BJP).

Pilot’s statement came a day after he was sacked as deputy chief minister of Rajasthan. Two other ministers loyal to Pilot were also removed.

The former deputy chief minister was also removed as the chief of Congress’ state unit.

The Congress today initiated moves to disqualify Sachin Pilot and other rebel Rajasthan MLAs for not attending Congress Legislative Party (CLP) meetings. The rebels have been issued notice by Speaker C P Joshi and asked to respond within two days. “If they don’t respond within two days, then it will be considered that they are withdrawing their membership from CLP,” said Rajasthan Congress in-charge Avinash Pande.

The Rajasthan Congress has been facing a political crisis over the past few days after Pilot, along with his supporters launched a revolt on Sunday with Chief Minister Ashok Gehlot, claiming that he has the support of 30 MLAs and that the Ashok Gehlot government is in minority. 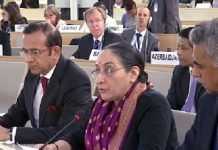