Various leaders from different parties such as the BJP, Congress, Shiv Sena (UBT), Republican Party of India (K) and others came up with different heroes – ranging from Gods and Goddesses to historical icons and freedom fighters who could share space with Gandhiji on the ICN.

BJP legislators like Nitesh Rane and Ram Kadam demanded the pictures of Chhatrapati Shivaji Maharaj, Prime Minister Narendra Modi and Veer Savarkar, among others, on the ICN. They even circulated photoshopped ICN of Rs 200 and Rs 500 denominations showing the three leaders – with Gandhiji conspicuously missing in their proposed designs!

“Why not Ambedkar? It’s because of him that the country is enjoying the fruits of democracy today, ” they pointed out.

“Ram Kadam (of BJP) has forgotten Lord Ram after whom he’s named. Why only restrict Lord Ram to the Ayodhya temple, he can also figure on the ICN, ” Kuchik pointed out.

Amid the cacophony, Pune-based businessman Prafful Sarda came up with a unique suggestion, which can silence the ICN controversy for eternity, especially since the Reserve Bank of India’s (RBI) high-level screening committee decided way back in 2010 that only Gandhiji will remain on ICN as “no other personality could better represent the ethos of India than Mahatma Gandhi”.

“In view of this, the Centre can enact a suitable legislation not to disturb the ICN design with Gandhiji. However, the government can open up the Rs 5 and Rs 10 coins with minted pictures of all others, for commemoration or regular usage, as per status and demand to satisfy everybody, ” Sarda said.

In a 2019 RTI reply to Sarda by the Department of Economic Affairs’ Additional Secretary Manisha Sinha, the government said that a high-level RBI panel (October 2010) had deliberated in detail on the need for inclusion of other eminent personalities, Bharat Ratnas, Nobel laureates, freedom fighters or sports persons on the ICN design.

Finally, it decided to retain the portrait of Mahatma Gandhi on the obverse of banknotes and on the watermark. The government has approved the recommendation, as per the reply of November 11, 2019. The issue was first covered by IANS on Wednesday.

Trinamool Congress leader and ex-cricketer Kirti Azad had raised the issue in the Parliament for including other prominent personalities on the ICN, but then Finance Minister Arun Jaitley had cited the RBI panel’s report in response.

A retired NRI from the US, Ketan Kakkad, added on a humorous note that in view of so many demands, the currency notes can be re-designed with a bench wherein all the persons, gods and goddesses can be seated – to please one and all – so that the country can concentrate on more serious issues. 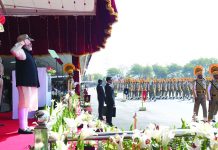 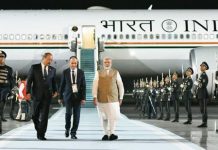