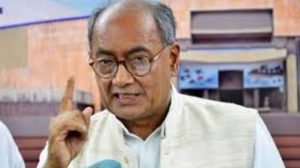 Senior Congress leader Digvijaya Singh on Wednesday challenged Prime Minister Narendra Modi to file a case against him over allegations from BJP leaders that he was a Pakistan supporter.

This came after Singh was slammed by Prime Minister Narendra Modi and other ministers for his tweet referring to the Pulwama terror attack as an accident.

“The tweet for which you and your ministers called me as a Pakistani supporter and an anti-national was posted from Delhi where the police is under the central government. If you have the courage, file a case against me,” Singh tweeted.

Singh said Modi and his ministers had levelled numerous allegations against him and even expressed their intentions to file a sedition case.

“What action has Modi taken over intelligence failure in the Pulwama terror attack? He is yet to tell the country who is responsible for it. Does Modi hold anyone responsible for this or not? Has he asked for a clarification from the NSA, IB or the RAW chief?” Singh asked.

Singh further said, “the Pulwama terror attack was a tragic accident for us, all the nations and especially the families of the Braves who were martyred in it. This is his conscience, which he has not considered a tragic accident.”

Union minister VK Singh tweeted on Tuesday, “Calling a terrorist attack an ‘accident’ should NOT be the political discourse in our country. @digvijaya_28 ji, would you call Rajiv Gandhi’s assassination an accident? Don’t weaken the nation & the morale of our armed forces with these senseless jibes.”

Union Home Minister Rajnath Singh on Tuesday lashed out at opposition parties for seeking clarification on the number of deaths of terrorists in the air strike. 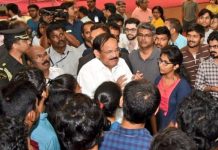 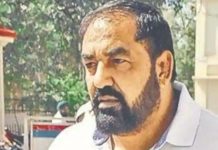