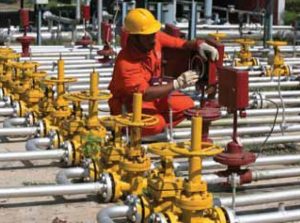 ONGC: The Untold Story in nutshell is essentially a narrative of its early days. Raj Kanwar occupies a niche position as a chronicler of ONGC. In 2004, he was commissioned by the then ONGC chairman Subir Raha to write its history of 50 years. That book published under the title Upstream India has been received with rave reviews.

“Not many people, not even those currently employed in ONGC, know about its early days. How, when and where it was born, what were its labour pains, what was it like in its infancy, and finally how did it overcome its teething troubles and growing pains. Who were those early stalwarts who built ONGC brick-by-brick and who were the young pioneers who later became the nucleus of what was to grow into the largest crude oil and natural gas company in the country.” The profiles of those stalwarts depict their lifelike images,” says Kanwar.

Kanwar has been associated with ONGC since its very inception in 1956. He was its first public relations officer in early 1960s and worked both in Gujarat and Assam. His association with this giant public sector organization has continued ever since, albeit in numerous capacities. He is the founder of SK Oilfield Equipment Co Pvt Ltd that he started in 1970. It is today one of the largest companies of its kind in the country. Kanwar resigned as its chairman in 2000 to return to his first love of reading and writing. His son Manav Kanwar now heads this Mumbai-based company.

Many chapters in the book read like as if those were first person or eye-witness accounts. In particular, the chapter on Bombay High reads as if Kanwar himself was present at the scene of the action. The chapter on the Blowout at Sagar Vikas on July 30 1982 is a case in point. It was one of the disastrous accidents that had happened offshore. In his account, Kanwar narrates how bravely the largely inexperienced crew and equally inexperienced senior officers who had not ever faced such a blowout before, bravely faced the unprecedented situation and emerged successfully without loss of any life. That blowout and how it was tackled could have been a case study in a business school.

In the foreword, Dr KK Paul, ex-governor of Uttarakhand has greatly praised Kanwar. Several well known authors have also nothing but praise for The Untold Story. Ganesh Saili says, “A smooth, well-oiled read both for the professional and the uninitiated”. Celebrated author Irwin Allan Sealy describes about an incident of 60 years ago when Kanwar interviewed Nehru and says, “Raj is still on the road – a character who deserves all our admiration.” Likewise, Roshen Dalal says of Kanwar, “he has been closely associated with ONGC for much of his life, and this book represents part of his vast knowledge on the organization.” Arvindar Singh, another author describes Raj Kanwar as the scribe and chronicler of the Doon Valley down the decades and says, “he now turns his prolific pen towards the narration of ONGC story which he has known as an insider from its nascent days.”