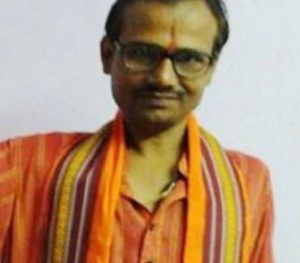 Uttar Pradesh police might be known as the largest single police forcein the country. But its counterparts from a far smaller Gujarat did manage to outsmart the UP cops in cracking the sensational murder case of Hindu Samaj Party leader Kamlesh Tiwari. This gruesome murder took political colour as the state police failed to protect him despite giving him police protection following a tipoff from Gujarat Police about a plan of his assassination following his provocative statements about Prophet Mohammad.

Even after tracking them down in Shahjahanpur and succeeding in corroborating their presence on close circuit cameras, the UP police lost track of the two Tiwari killers, who managed to hoodwink them and slip away into Nepal through the long and porous border running along 700 kilometers of Uttar Pradesh. They managed to re-enter UP through the same border and cross over to Rajasthan without catching the attention of the supposedly alert UP cops. Finally, they were nabbed at Shyamlaji district Aravalli by Gujarat Anti-Terrorism Squad near Gujarat-Rajasthan border.

Both the main accused, Ashfaq Hussain (34), a medical representative and Moinuddin Pathan (27), a food delivery boy, were finally arrested on 21st October on the charges of alleged killing of the Hindu group leader Kamlesh Tiwari at his Khurshedbagh residencein Lucknow purportedly to avenge statements Tiwari apparently made against Prophet Mohammad in the past.

On October 18 around 12.30 PM, saffron-clad both of them called on Kamlesh Tiwari pretending that they wanted to give him a box of sweets for Diwali festival. Tiwari treated them warmly offering tea, snacks,and could not read their real motive. After sending Tiwari’s supporter for taking cigarettes and Pan Masala from nearby shop andfinding him all alone in his office room,attached with his residence, they attacked him by silting his neck with sharp edgedknife and firearmsand fled away in broad day light leaving him critically wounded in a pool of blood. He died on the way to hospital.Two deep stab wounds were found on his neck. They also fired a bullet on the back of Tiwari’s skull but the entry wound was on the left side of his face.The postmortem report revealed that theybrutally stabbed him 15 times and shot in the face.

The most ambitious rightwing activist, Kamlesh Tiwari, was shot into controversy, attracting nationwide headlines in December 2015, when he made objectionable remarks about sexuality of Prophet Mohammad. His remarks led to protests by various Muslim groups at many places across the country. Protesters at Muzaffarnagar in Uttar Pradesh and Tonk in Rajasthan demanded that he “must be beheaded.”

The protest by Muslim groups at Kalichak in Malda district of West Bengal turned violent in January 2016, when the protesters clashed with police and the Border Security Force (BSF). The protesters attacked the Kaliachak police station and set it on fire. Dozens of vehicles were set on fire. Train services were disrupted. The riots that occurred in the aftermath of his comment and the various places where Muslims went on a rampage demanding his death provide some insight into the real reason behind his death.

Tiwari’s controversial hate statement received retaliatory reactions from some Moulvis from Muslim dominated Bijnor district, who considered his act as blasphemous and gave a call to behead him and whosoever do this will be rewarded with huge amount of cash.

UP DGP O.P. Singh held a press conference in connection with Hindu samaj party leader Kamlesh Tiwari murder case on the very next day of his murder saidprimafacie this was a radical killing. These people were radicalised by the speech that he (Kamlesh Tiwari) gave in 2015, but much more can come out when we catch hold of the remaining criminals, he added. He disclosed how a sweets box helped police to nab the culprits.Soon after his murder Gujarat ATS cops arrested three persons namely Shamim Rashid Pathan, FaizanPathan and Mohsin Sheikh, Sheikh is a Maulvi by profession.

Kamlesh was initially associated with Hindu Mahasabha but since he wanted to play a bigger prominentrole, he floated his own rightwing outfit by the name of Hindu Samaj Party.
Despite deserting Hindu Mahasabha, he continued to occupy the property of Mahasabha from where he was running his parallel Hindu Samaj Party. His aggression invited several brawls that led to his arrest and detention under National Security Act (NSA) during Akhilesh Yadav regime. After spending several months in jail for his remarks on Prophet Mohammad, he secured his release on bail after the Lucknow bench of the Allahabad High Court quashed the NSA charges slapped on him in September 2016.

Kamlesh hogged the headlines again in 2018, when he declared to organise a “Karseva” (volunteer service) for construction of Ram temple at the disputed site in Ayodhya despite matter remained pending before the Supreme Court.He courted controversy after controversy through his publicity stunts. He glorified the killer of Mahatma Gandhi by declaring that he would build up a temple of Nathu Ram Godse. He declared to liberate Kashi Vishwanath temple, where allegedly Gyanvyapi mosquewas constructed adjutant to it having invadedthis Hindu temple. Vishva Hindu Parishad (VHP) also use to shout the slogan after demolition, “Ayodhya hui Hamari hai, ab Mathura Kashi ki Bari hai” (we had Ayodhya and now next is Mathura and Kashi).

In 2018, Kamlesh could not relished praise of prophet Mohammad from the mouth of prime minister Narendra Modi. He questioned, “how can he be a leader of Hindutva when he promises to follow the ideals of prophet Mohammad praising him.” So,Kamlesh Tiwari was a complex personalitywho attacked rightwing Hindu leaders also besides his hardcore inherent hate for Muslims right from his adolescence. His enemies could be from both the sides. When he was murdered his emotionally surcharged mother Kusum Tiwari alleged that U.P chief minister Yogi Adityanath was jealous of his popularity. She questioned,“when he was on the hit list of radical Muslim extremists and the state government had inputs of this effect from other states including Gujarat then why his security cover was not scaled up?”

Taking potshot on her comment, The Samajwadi Party chief Akhilesh Yadav on Saturday criticised CM Yogi Adityanath for his ‘encounter’ policy to control law and order situation in the state. He suggested that killings can’t stop as the chief minister himself has allowed the police officials to shoot whoever they think to control law and order situation. He commented, “How will the killings stop when the CM himself says that eliminate those who create trouble to improve the situation. But after his order, neither the police knows whom to shoot nor the people.” He also blamed the state government for the lapses in the security provided to Kamlesh Tiwari.

‘Unsuccessful in controlling crime’ Congress General Secretary Priyanka Gandhi attacked Yogi government after Kamlesh Tiwari’s murder. Taking a jibe at the ruling BJP in Uttar Pradesh over its alleged failure to maintain law and order situation, she accused that Yogi government of “unsuccessful” in controlling the rising number of crimes in the state.Cornering UP Police administration she cited various murders in her tweets including that of a BJP leader in Saharanpur, Journalist in Kushinagar, Advocatein Meerut, student leader in Basti, mother and son in Mau and Kamlesh Tiwari in Lucknow.

The family of Kamlesh Tiwari was very upset when his body was directly sent to his native place Mehmoodabad in adjoining Sitapur district while family and friends assembled at Lucknow residence. The family protested to cremate his body but the Commissioner Lucknow Mukesh Meshram, DM Kaushalraj Sharma and other official conceded their nine point demands of the family including adequate compensation, house, governmentjob to son and security to family of slain Hindu leader. Subsequently family members including his mother met CM Yogi Adityanath at his residence amid tight security arrangements. Later CM Yogi Adityanath sanctioned 15 lacs compensation for the family.The state government also allotted a house to the family in Mehmoodabad (Sitapur).

After meeting with the CM the family members were escortedto their native place in amid tight security and even media persons were not allowed to interact with the family members in front of CM residence. But after reaching Sitapur his mother complained that the police took them to CM unwillingly because as per Hindu traditions during 13 days mourning one should not leave his home but officers forced them meeting the chief minister.

There were different versions of Kamlesh’s wife and mother. The wife of deceased Kiran Tiwari named Mohammad Mufti Naeem and Anwarul Haq, who had allegedly announced 51 lakh and 1.5 crores respectively in the year 2016 to behead him. Kiran named them in her FIR for hatching conspiracy to be head Kamlesh on midday of 18th October 2019 where as his mother Kusum Tiwari cited enmity with a local BJP leader Shiv Kumar Gupta behind his elimination.

The mystery of high profile murder was finally solved with the close coordination of UP SIT and Gujarat ATS under the day and night supervision of state DGP O.P. Singh who claimed closemonitoringand gave prompt leads to his counterparts about the movements of culprits.Gujarat Anti-Terror Squad near Shamlaji at the Gujarat-Rajasthan border arrested Ashfaq Hussain and Moinuddin Khurshid Pathan in Tiwari murder case. The two accused had run off to Nepal, but they had to return to India due toshortage of money. They contacted friends and relatives, who were under surveillance. The police were able to track their location and catch them at the Gujarat-Rajasthan border.

Earlier in the case, three accused Maulana Mohsin Shaikh, Faizan Member and Rashid Pathan were also arrested in a joint operation by Gujarat ATS and UP Police and were taken to Uttar Pradesh on transit remand. A court on October 22) sent the three accused to four days judicial custody.Another accused in the case, Sayyed Asim Ali was arrested by Maharashtra ATS from Nagpur on October 21. All the accused persons would face UP SIT investigations after the Court allows their transit remand for Lucknow.