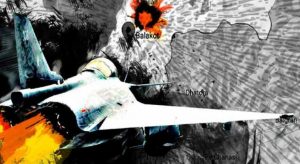 Tehelka Special Correspondent Riyaz Wani has covered Valley like no other journalist and is among the most respected scribes.  Our cover story “On the brink” is an in-depth report about rising tension between nuclear neighbours following air strikes from both sides of the border in the aftermath of Pulwama terror attack that killed 40 CRPF personnel on February 14. There are claims and counterclaims but being a rogue State, Pakistan is capable of indulging in an irrational act.

A desperate Pakistan claimed that it had shot down two Indian military aircraft over its airspace and captured a pilot. The Ministry of External Affairs summoned the acting High Commissioner of Pakistan Syed Haider Shah and lodged a strong protest and objected to Pakistan’s vulgar display of blindfolded injured IAF Pilot, Wing Commander Abhinandan Varthaman in violation of norms of Geneva Convention. This has triggered outrage in the country. Pakistan’s act of aggression is in contrast to India’s non-military anti-terror pre-emptive strike at JeM terrorist camp at Balakot.

Pakistan’s provocative actions prove its doublespeak as on one hand its Prime Minister, Imran Khan amidst air raids and escalating tension invited India for peace talks and in the same breath said that Pakistan’s move to send its aircraft into India was “only intended to convey that if you can come into our country, we can do the same”. When IAF destroyed Jaish-e-Mohammed camp in Pakistan, it was a day of reckoning to avenge the massacre of Pulwama braves. The pre-emptive Indian Air Force strikes in Pakistan and Pakistan Occupied Kashmir deep inside the Khyber Pakhtunkhwa region had sent a strong message to Pakistan. ‘JeM had openly claimed responsibility for the Pulwama attack on CRPF soldiers on February 14. For India, enough was enough as Pakistan had tested our patience in view of its involvement in attacks in 2016 on Pathankot Air Force station on January 2 and Uri on September 18 and other acts. However, India’s ‘non-military strike’ against a terrorist camp and airstrikes by Pakistan are escalating tensions. For Pakistan, it was like a catch 22 situation-dammed if it confirmed, dammed if it denied?

Pakistan leaders were confused, rattled and stunned.  On the diplomatic front, Pakistan whose economy is in a tailspin has been isolated. The US has warned Pak to shun terror and no support is coming it’s way. To further isolate Pakistan, External Affairs Minister, Sushma Swaraj has rushed to China for a meeting with Foreign Ministers of Russia and China. Though India has for long been a victim of cross-border terrorism, it still needs to exercise restraint but be prepared militarily for any eventuality. The political leadership should shun from politicizing the airstrikes with elections in mind. Priority should be to bring back IAF Wing Commander safely. Dialogue, not war is the only option because no one knows the end of a war.