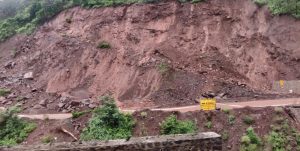 Thousands of trees are facing the axe in the hilly state of Himachal Pradesh. In past three financial years, as many as 6,696 cases of illicit tree-felling came to light. More of it is in the offing. And this time, it’s official. Himachal will lose about 34,000 green trees to the four-lane Parwanoo-Shimla highway, which is under construction. Already 12,900 trees have been sacrificed. The felling of trees has cost the hilly state heavily in the past in terms of number of landslides and cloud bursts every year that lead to huge loss of human lives and damaged roads. A huge amount is then spent on compensation and repair works.

The intensity of the misfortune due to the tree felling could be gauged from the fact that as many as 33 cloud bursts and 391 landslides took place in the State between July 1 and September 16, 2018, which resulted into huge losses to the property. As many as 264 people lost their lives during the period that includes 199 deaths due to road accidents caused by damaged roads. The burden of losses due to excessive rains, landslides, flash floods and cloud burst was estimated 1217.29 crores this year. Almost all the national highways and more than 950 state and other small roads face huge losses in the rains each year.

Himachal has lost lakhs of trees in the recent years in the name of widening of roads beside power, cement and other projects. About 69 per cent of the saplings which were planted to cover the losses of tree felling (under afforestration scheme) for government projects got destroyed due to lack of care. As a result, the nature hits back every year, adding to woes of the hilly state.

Various national highways and road projects, large number of small and big power projects, cement and other projects related to development of tourism have cost trees heavily. Shimla, Kullu, Sirmaur, Chamba, Mandi, Bilaspur, Solan and tribal districts of Lahul Spiti and Kinnaur are worst affected areas. The Parwanoo-Shimla four-lane will cost more than 34,000 big and small green trees. During the monsoon, Himachal loses large number of green trees every year due to landslides, most in these areas include places where either road-widening works or power projects are underway or were completed in the past.

Besides, the forest mafia has also been active in the state for many decades. There have been many cases of murder and beating up of forest guards and other forest officials by the mafia people. Recently, a total of 416 trees were cut illegally in Koti in Shimla district. Now the Himachal Pradesh High Court have ordered for the recovery of 34 lakh from the culprits and suggested to sell their property to recover the loss.

Tehelka can confirm that these mafias have advanced cutting machines, which not only cut trees quickly but help them turn them in pieces overnight. Then, these are smuggled.

As per the State Revenue Department records, as many as 82 people lost their lives in 2017 due to landslides and cloud bursts. Not only this, Himachal has to bear a loss worth 433.25 crores in terms of damage of roads due to landslides. However, this year (until September 16, 2018), the total revenue losses due to excessive rains, landslides, flash floods and cloud burst was estimated at 1217.29 crores. As many as 264 persons lost their lives during the monsoon period. It included 199 deaths due to road accidents caused by damaged roads, revealed Chief Minister Jai Ram Thakur while presiding over a meeting in Shimla to review monsoon related losses and damages in the State from July 1 to September 17, 2018.

The Public Works Department suffered maximum losses of 735 crore due to rains in form of damages to roads, bridges, breast walls, retaining walls, etc while Irrigation and Public Health Department suffered losses of 328.78 crore. Several major, medium and minor drinking water supply and irrigation schemes had been damaged due to landslides and heavy rains. The agriculture and horticulture sectors also suffered a loss of 88.81 crore while power sector suffered a loss to the tune of 24.50 crore.

Experts believe that the main reason behind cloud bursts and landslides is uncontrolled tree-felling due to various reasons which also include developmental projects. RL Jain, Vice-President of Shimla Amateur Gardens and Environment Society (SAGES), said that the government should come forward to save the environment in the hilly state. ‘’Though few of the projects are important keeping in view the demand of the increased population, there is big need of saving the trees in the state,” he added.

Recently a three day state level workshop at Dharamshala (Kangra) by the Ministry for Environment, Forest and Climate Change in which most of the participants felt strongly about the need to saving the trees. Anu Anand, head advocacy of CMS (Centre for Media Studies) said, “Today most of the people know about climate change, global warming and pollution and problems created by tree-felling. Though everyone seems to be worried about the changing climatic conditions but a very few people have proper knowledge to handle the situation or control the problem. The role of media counts a lot as by disseminating scientific and required information and knowledge regarding the issue among public, it can do a great help in tackling this menace.”

Hydel projects have also cost heavily to eco system of the state. The Himachal government has granted a large number of hydel power projects to the state and outside companies. These projects are one of the major reasons in disbalancing the ecology of the state. Till 1992, as many as 487 people had lost their lives due to cloud bursts only in Kullu district. More than 1,200 people have so far died in cloud burst incidents in the state in the last two decades. Besides, there has been loss of crores of rupees in terms of property and agriculture.

The total Geographical Area (GA) of the state is 55,673 sq kms with a total forest cover of 15,100 sq km, which is 27.12 per cent of the geographic area. The forest cover includes 3,110 sq km Very Dense Forest (VDF), 6,705 sq km Moderately Dense Forest (MDF) and 5,285 sq km Open Forest (OF). However, there are 15 states and UTs ahead of Himachal Pradesh with forest cover of more than 33 per cent of the geographic area. The fifth India State of Forest Report (ISFR)-2017 by Forest Survey of India (FSI) also reveal that with an increase in 0.71 per cent forest cover, Himachal Pradesh is eighth amongst the states and Union Territories in the country to record rise in forest area.

According to the report, the main reason for the net increase of 393 sq km in forest cover in the state can be attributed to plantation and conservation activities both within and outside the Recorded Forest Areas as well as improvement in interpretation due to better radiometric resolution of the recent satellite data. However, there was only 18 sq km increase of forest cover in the three tribal districts with a GA area of 26,764 sq km, which are considered to be among most affected due to various hydel projects.

In various projects, experts said, more trees are cut by the companies than the sanctioned number. This is done in the alleged connivance of corrupt officials. This hugely impacts greenery as not enough trees are planted to cover the losses. ‘’Most of the saplings destroy because after they are planted but no body takes care of them. More than half of the planted saplings are uprooted by animals, by rains or they are destroyed for various reasons,’’ said Guman Singh of HNA. 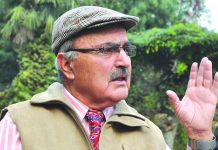 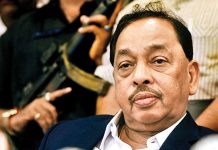