When Revenue Secretary Hasmukh Adhia admitted that the government expects the entire money in circulation in the form of currency notes of 500 and 1,000 which have been scrapped to come back to the banking system, it was clear that there would be no windfall gains for the government. Some experts had projected that a part of the demonetized currency notes of a value of 14.17 lakh crore would not return to the banking system. In its report, the State Bank of India had estimated that 2.5 lakh crore may not return to the system. It was argued that this amount could be spent on infrastructure development and pro-poor schemes. Already an estimated 14 lakh crores of banned currency has come back to banks.

There is a question mark whether black money hoarders have actually laundered their black money into white or counterfeit notes have found their way to banks? With few days left for the deadline to lapse, it appears that the banned currency deposits may swell past the 14.17 lakh crore that was actually in circulation as per RBI.

It is time for the government to come out with new schemes to show that gains of demonetisation negate the cost of the whole exercise that has caused some pain to the people with the ‘bearer’ of the ‘note’ who has been promised ‘rupees’ by the RBI, finding no place to go. Despite that, the masses are endearingly bearing the pain in the hope of “Achhe din” promised by the Prime Minister Narendra Modi as faith in his leadership and commitment is still intact.
Widening IT net

Little doubt the tax authorities can now trace the transactions and tax black money hoarders. It is with this motive that the government has initiated its next step. It has amended the Income- Tax Act to introduce another disclosure scheme allowing those with unaccountable money to pay 49.9 percent tax. The 25 percent of the money deposited with banks would not earn any interest for next four years. The move would be like the proverbial killing of two birds with one stone as with this, banks would get interest-free deposits while those with black money would get another opportunity to come clean.
So far so good. The big question is whether the Income Tax department is geared up for such a huge exercise or it will come a cropper as it happened in case of banks and ATMs that were not prepared to handle serpentine queues of customers. The IT department would have to gather voluminous data of large deposits in Jan Dhan, savings and current accounts in private and PSU banks.

I am reminded of the great poet dramatist William Shakespeare who wrote in Hamlet that “There is nothing either good or bad, but thinking makes it so.” In this the data collected from banks would not distinguish whether the 2.5 lakh had come from genuine sources or a money launderer and the taxman’s ire in the form of scrutiny, notices, calls to IT offices and resultant harassment would be for all to face.
Surely, demonetisation and the cash crunch have given a much needed push to the digital economy. Finance Minister Arun Jaitley has announced several plans to incentivise digital use of payments to make the economy less dependent on cash. The digital economy has huge benefits over cash economy as it is transparent, fast, cuts costs and helps curb black money generation. But there are challenges — and the biggest challenge is lack of digital literacy, lack of financial inclusion and cyber security threats.

Demonetisation at what cost?

Now with the RBI revising the GDP figures for financial year from projected 7.6 to 7.1 percent owing to the impact of the withdrawal of currency notes and Centre for Monitoring Indian Economy estimating cost of demonetization at a staggering 1.28 trillion, the government has to act fast to come out newer plans to reap the benefits of demonetisation. The CMIE study says that the announcement of 8 November rendering 500 and 1,000 currency notes as illegal tender would mean huge costs. “Our estimations show that the transaction cost during the 50-day window till December 30, 2016 would be 1.28 trillion. If the government succeeds in unearthing even 4 trillion unaccounted cash, then the transaction cost of this exercise would be about 26 percent. It would be over 43 percent if the unearthed cash is 3 trillion”, the study points out. Households that stand in queues to exchange their old currency notes with new ones bear 12 percent of this total cost. They stand to lose 150 billion for foregone wages during the 50-day period. Banks lose a lot more. Wage levels of bankers are much higher than that of an average person in the queue and banks suffer overheads and operational costs in terms of recalibrating ATMs. Banks would do little else during this 50-day period and we estimate that they would bear a cost of 351 billion during this period. The government and RBI are estimated to bear a cost of 168 billion. This is largely because of printing of new currency and transportation of new currency to bank branches, ATMs and post offices. Enterprise stands to pay the biggest price for this transaction, by way of loss of business.

The study says that “a steady stream of news reports of empty mandis, low footfalls at malls and drop in business in restaurants, stressed factories, etc paint a grim picture of the effects of a sudden withdrawal of liquidity from markets. Trade bodies have made their estimates of loss of business. We estimate the direct impact on business in terms of the drop in discretionary spending by households”. This alone adds up to more than half a trillion rupees during the 50-day period till end of December. Enterprise stands to lose 615 billion or 48 percent of the total transaction cost of this exercise of demonetization. The study adds that “though all estimates are admittedly conservative and are limited to the 50-day window. However, the impact of low liquidity, broken supply chains and loss of confidence in consumers is likely to impact the economy over a longer period. Therefore, the transaction cost of this exercise is more than the 1.28 trillion estimated here, which is limited to only the 50-day window till 30 December 2016”.

Reaching out to people

The government and banking system needs to reach out to small business, houses, farmers who find prices of fruits and vegetables and other produce crashing. The government would have to do lot of explaining if ending terrorism and black money were the sole motives because if demonetisation alone could end terrorism, globally it could have been done. Before experts questioning the government if its math had gone horribly wrong, the government needs to come out with innovative plans to ensure that benefits of demonetisation reach the poor and there is discernible impact on economy and lives of common people. 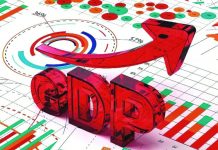