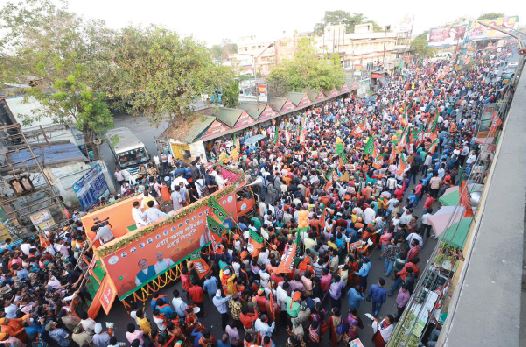 Mask-less rallies held at the behest of top leaders have jeopardised the lives of their supporters,whether genuine or coached, writes NALINI SINGH

IN THE ONGOING Covid-stricken assembly elections, West Bengal’s eight-phase polls are establishing gruesome precedents which point to a fundamental shift in election practices. While Covid has already claimed the lives of one MLA and two candidates, mask-less rallies held at the behest of top leaders have jeopardised the lives of their supporters, whether genuine or coached.

But most alarmingly, during voting in phase 4 on April 10, fully-armed CISF jawans at West Bengal’s Sitalkuchi booth killed four voters in what the Election Commission has prima facie termed “self defence”. Each jawan carried an automatic assault rifle with live ammunition and their Company Assistant Commandant would have had an additional loaded pistol, perhaps a Glock weapon. In other booths in this state, light machine guns or sub-machine guns were, and will continue to be, deployed in the remaining phases. One more voter was killed in clashes at another booth.

But why were the CISF jawans positioned at the Sitalkuchi booth? Because the Election Commission deployed them? If so, who does the election body want them to guard and against whom?

According to Election Commission data, 1,000 companies of CAPF jawans (Central Armed Police Forces under the Union Home Ministry) with lethal military-grade weapons are in West Bengal for the polls. Additionally, the Howrah Police Commissionerate and Kolkata have retained 15 companies in reserve for handling law and order disruptions.

At 135 jawans per company, well over one lakh, armed personnel are in West Bengal to ensure ‘peaceful’ polls.

Allowing for travel time and other poll duties, about half the total strength of this weaponized central force has been on active duty on each voting day, i.e. about 50-60,000 armed jawans have and will be located at 10-12,000 booths on each poll day, or five armed jawans with fully-loaded assault and sniper rifles will guard each booth of 1,000 defenseless voters. The local West Bengal Police is located at a distance of 100 m on the outer periphery. In addition, five polling staff members are posted inside the booths to oversee the voting.

So, during assembly elections as in Bengal — also dubbed “Chunav Utsav” — small geographies of two-three districts are bristling with a higher concentration of weapons and action-ready men than on some of our hot borders. How did our elections get here, as if our booths are located on the LoC/LAC? Did nobody notice the creeping state militarisation of our elections or is there also a twist to this lethal under-wiring of our polls to benefit the dominant players?

Before we answer that question, rewind to the triumphalism in former Chief Election Commissioner (CEC) Sunil Arora’s February press conference when he proclaimed that he has staggered the polls up to 33 days in West Bengal and 11 days in Assam to ensure a heavy presence of security forces on each polling day. Did the incongruity not strike the CEC — or those in the decades before him — that the state is ‘protecting’ the theoretically free will of voters to choose their MLAs, at the point of a loaded sniper rifle? Democracy on the tip of a bayonet? The country’s powerful election body is being accused of bias and it is a charge that it will have to confront sooner or later.

As CEC, Arora has headed the Association of World Election Bodies and has made high-powered visits to the planet’s chief democracies, and in many, he must have admired the relaxed community-driven poll process without even a baton-brandishing cop in sight. Why did the CEC not press for less weaponised elections in India? Or his predecessors? Is there a twist or motivation for this militarisation of elections using central forces?

Top BJP leader and Rajya Sabha MP Sushil Modi provides the answer candidly: “Against the talk of EVM ‘tampering’ I would talk about their management’. It was not unusual for journalists to report how the deployment of police and paramilitary forces was tampered with, so that EVMs, or say a (whole) booth can be ‘managed’, forget ‘tampered’”. Note that distilling his long experience of polls, the senior BJP neta is acknowledging here how booths are managed via clever deployment of the armed security forces by-election warriors, to harpoon booths for their party. Yet it is true that Indian voters feel reassured at the sight of armed security personnel at the polling booths, especially because these jawans are generally non-locals. This dependence on the government’s armed jawans is due to apprehension of booth violence by local goons who are supported by dominant parties. Voters know that their powerlessness at the booth lies in chronic inequalities, and so to assert their right as voters, they find solace in the nailed boot of the armed jawans. But on April 10 the CISF released the safety-catch on the pact with the voters that they would protect them, when they shot and killed four, all Indian citizens. Let that sink in. With the killing of voters, the challenge to our election process has just become formidable. Politicians with a God/Goddess complex are working to the following successful formula — make yourself relevant to the security of a region by first making the region insecure. And vulnerable voters are panic-buying this formula. Voters are convinced that electoral level playing fields don’t exist, and elections pivot around money, power, cults and the forked tongue. Yet they continue to vote for better times. Most of us are indifferent to the takeover of our election process by armed forces or their proxies. Our indifference is an act of great national self-harm, as the five killings show. Is it too late to start reclaiming our electoral space by rejecting the CAPF or its proxies? Is a community-managed pushback still possible, booth by booth?

Nalini Singh is a senior journalist. This opinion piece first appeared in NDTV. The opinions expressed within this article are the personal opinions of the author 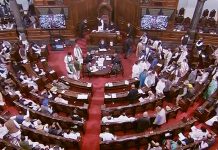 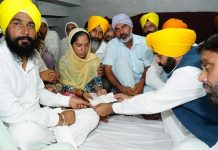