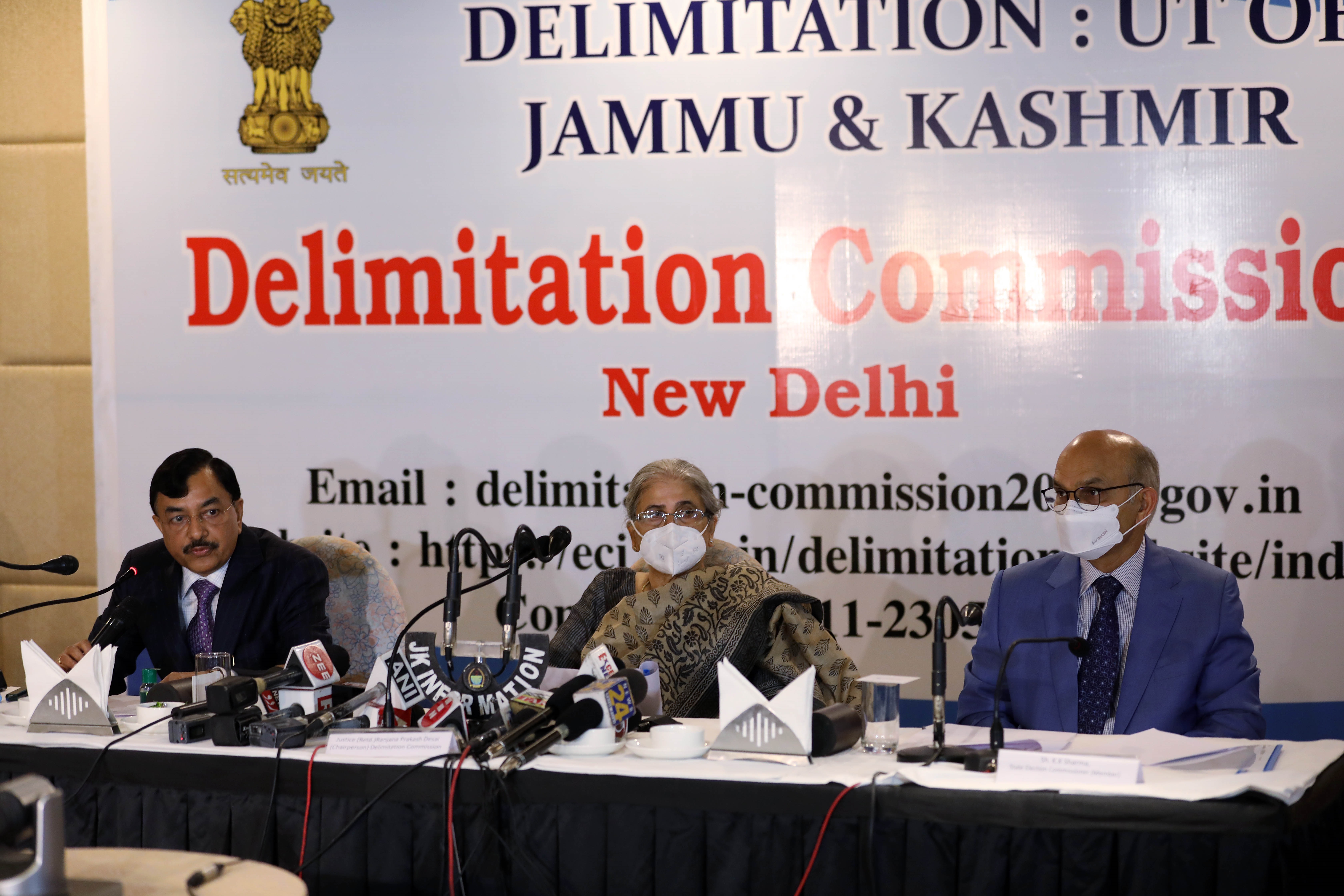 Of the seven seats due to be added to the J&K legislature, the Delimitation Commission has  proposed to add 6 seats in Jammu division and only one seat in Kashmir valley. Major political parties in the valley have decided to oppose the proposals tooth and nail, writes Riyaz Wani

The draft paper of the Delimitation Commission has generated a political furore in J&K with major political parties seeing it as an attempt “to disempower and disenfranchise,” people in Kashmir Valley. Among the seven seats due to be added to the J&K legislature, the Commission has proposed six seats for Jammu division and only one seat for Kashmir Valley.

The commission has also proposed reserving nine seats for Scheduled Tribes on the basis of population. Seven seats are proposed for the Scheduled Caste community. These seats will be chosen from among the 90 seats of the legislature.

The glaring difference in the seat sharing between two regions has become a huge bone of contention in J&K with political parties like National Conference, the PDP, the People’s Conference and even the Apni Party terming the new delimitation as “totally unacceptable.”

“By increasing the seats in this proportion, you are actually disenfranchising people in Kashmir because the ratio of seat-to-population changes drastically,” National Conference leader Omar Abdullah said in his reaction to the commission’s draft recommendations.

“My apprehensions about the Delimitation Commission weren’t misplaced. They want to pitch people against each other by ignoring the population census and proposing six seats for one region and only one for Kashmir,” Former J&K chief minister and the PDP president Mehbooba Mufti said in a tweet.

Significantly, Altaf Bukhar, the president of the Apni Party who is seen close to the BJP has also termed the proposals “unacceptable” and made it clear that his party will oppose it.

Also, the move has caused deep unease in Kashmir Valley, with people seeing in it a design to disempower the majority community in the union territory. People widely believe that the new seat-sharing does not reflect the new electoral ground reality but is designed to bring a parity in the electoral representation between Jammu and Kashmir divisions, despite the fact that Kashmir Valley has sixteen lakh more population than the Jammu division.

In Kashmir, there was always an apprehension that the new delimitation of seats is geared to benefit Jammu. The leaders of the ruling party had made no bones about enhancing the number of seats in Jammu in a way that may pave way for a Hindu Chief Minister for the former state. This includes the J&K BJP president Ravinder Raina who has often said that the new J&K Chief Minister would be from Jammu. .

“The entire process of Delimitation in Jammu and Kashmir smacks of a conspiracy hatched by the RSS to change the demography of the state and ultimately install a Hindu Chief Minister in Jammu and Kashmir,” former union minister Saif-u-Din Soz said in a statement. “The RSS seems to have succeeded in making the J&K Delimitation Commission propose six additional Assembly seats for Jammu and only one seat for Kashmir.”

This premeditated approach to the exercise has undermined its credibility in Kashmir. From the looks of it, the exercise seems geared to favour one community only with a full backing of the state. And that too without taking the UT’s political parties on board, let alone starting a public debate.

“Delimitation of constituencies is very contentious in nature and it is important to build a political and public consensus before the government seeks to go about the exercise,” said Naseer Ahmad, a local columnist. “And this is something which only a democratically elected government is capable of achieving. But the union government has chosen to do it during the Lieutenant Governor’s rule”.

Ahmad added that it would have been all good if the delimitation commission was seen to be acting transparently and fairly. “But this is not the case. So, it is incumbent on the government to review the proposals and address the grievances in Kashmir,” he added.

But broken down into two regions – Kashmir and Jammu –  a different picture emerges. Kashmir’s population of around 70 lakh is over 97 percent Muslim, with the remaining 3 percent comprising Kashmiri Pandits and Sikhs. In contrast, Jammu’s population of more than 53 lakh comprises 65 percent Hindus, 31 percent Muslims and 4 percent Sikhs.

But the six more seats to Jammu are expected to alter the electoral game. This is where the political engineering enters the picture.  The BJP has a multi-pronged strategy to ensure there is Hindu consolidation in Jammu in its favour. It has already benefitted from this consolidation in three successive elections since 2014 — two parliamentary and one Assembly. In 2015 state election, the party won 25 of 37 seats in Jammu, enabling it to share power with the PDP which secured 28 seats, a predominant majority of these in Kashmir Valley.

But the reduction of the gap in the Assembly seats between Jammu and Kashmir is set to remake the political map of the union territory. The BJP which has a deep presence in Jammu could expect to have more political weight in the future J&K Assembly. And even if a Kashmir-based party were to form or lead a future government, it would have little manoeuvring space to carry out its agenda or overturn the laws passed by the New Delhi backed administration over the last two years.

However, the Delimitation Commission has until March to redraw the electoral boundaries. And the Kashmir based major parties have decided to oppose the draft proposals tooth and nail. It is not yet clear how the situation will pan out and whether the Commission is going to review its proposals and accommodate the demands of the Valley. But as things stand, that looks unlikely to happen.