Q: Tell me about the reason behind Delhi Chipko Andolan? What is the next move?

A: Basically, the government has ordered to cut down 16,500 trees in the Central Delhi for the purpose of redevelopment. We condemn this and so rigorously protesting against this move. This is our movement, citizens’ own movement to protect and conserve the greenery, so that the present, as well as future generation, can get to breathe some healthy air. This is a moral responsibility of every citizen to protect the trees, environment, if not us then who will?

We protested for the first time unitedly on 17 June (Sunday) at DMS booth,Sarojini Nagar police station, where an unexpected number of people turned up in solidarity to protest and registered with us to support throughout the movement. They are still associated with us. The protest turned out to be the biggest support movement for a cause of environment. The next biggest protest would be tomorrow on June 30 at the same place and will continue until government orders to roll back the decision.

Q: Ministry of Housing and Urban Affairs has said that no trees would be cut in the process of redevelopment of the colonies and the Delhi High Court too ordered a stay on tree-cutting till July 4. But still, it has not deterred the contractors?

A: This is just a way by the government to distract and divide the protestors and people so that we go back homes, thinking that no tree would be cut now and we rejoice over it. Even, despite the High Court stay order trees are being cut on daily basis.

Until and unless, the government passes an order saying that “we rollback our decision,” victory cannot be achieved.

Q: The citizens’ movement is now taking a political colour, what do you have to say?

A:  Some of the political members from different parties are indeed using this movement as an opportunity to gain mileage, sympathising with us. We don’t want them simply to come and stand with us, give media some bytes and leave, we need a concrete solution to stop felling of trees. This is serious! Some parties are organising a similar protest on this cause but ours’ is completely driven by citizens.

Q: How did you manage to make it a citizens’ movement and bring so many social organisations under one platform for one cause?

A: I don’t want to take credit for this. I was really affected when I heard that so many trees would be cut. There were already a lot of other organisations and individuals protesting for this cause. So, I created a WhatsApp group and added everyone concerned to the environment. My idea was to bring everyone together and fight unitedly.

Q: Why did you choose this issue only to raise your voice?

A: Because I believe everyone needs air to breathe. You can live without anything but not air. Air is the basic necessity of a politician, a bureaucrat or even a labour. The uniformity in the fights for the environment has always been an issue in India. Many people consider environmental degradation as not so serious issue as others. I am a nature person, I love the environment and in India, it is getting worse, not just in Delhi but across India. So, we want to make this movement – a nationwide movement.

Q: So, you want to take this movement to nationwide?

A: Yes, we don’t want to restrict this movement to Delhi only but want to take it to the whole of the country. Basically, our next target would be Uttarakhand because the government wants to cut down lakhs of trees as there in order to build a highway that connects the Char Dhams. We want to achieve victory in Delhi and set an example that a citizens’ movement won Delhi and that we can win in other parts also.

​Q: So, you are not an environmentalist? And, how does your company Ecoplore contribute to environment?

A: Like I said, saving Delhi trees is a citizen’s movement, so I am a citizen first, then​somebody else and it’s a collective responsibility of citizens to safeguard the environment irrespective of their post and position.

So, Ecoplore is the fruit of my dream project which focuses on the environment like promoting strict eco-friendly accommodations and holidays, encouraging travellers of every age group to detach from concrete hotels which are rapidly killing our environment- deforestation, pollution, soil infertility, displacement of habitats and animals. etc, I don’t know whether you can call me an environmentalist or not but I will continue to fight and voice as long as the environment is concerned. 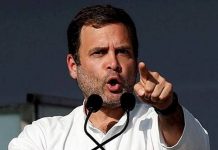 As BJP begins its 2024 countdown, major revamp on cards in...