The weatherman has forecast mainly clear skies for the day and the maximum temperature expected to settle at 32 degrees Celsius, they said.

The relative humidity at 9.30 am was 96%.  The Central Pollution Control Board’s 24-hour average Air Quality Index (AQI) data showed that at 9.05 am, Delhi’s air quality was in the poor category at 241. 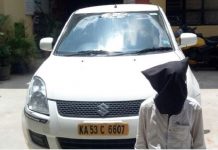 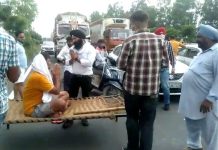