Celebrated playwright and bard William Shakespeare, in his classic drama Hamlet, said, “O villain, smiling, and damned villain! That one may smile and smile, and be a villain”. There have been complaints against many reputed private hospitals in Delhi-NCR but these five star hospitals have been smiling all the way to the banks. It is now that two of these top hospitals — Max, Shalimar Bagh and Fortis, Gurgaon — have met their nemesis and are currently under fire for alleged irregularities. Tehelka carried a detailed write-up sometime back on another hospital, Indraprastha Apollo Hospital, when Delhi Police arrested 10 persons and questioned Apollo’s nephrologists for alleged involvement in an unethical kidney transplant racket. The wrong doings of the top ranking hospitals have often shaken up the collective conscience of the people, but the noise gradually dies down and the five-star hospital business continues flourishing.

In its probe report submitted to the Manohar Lal Khattar Government in Haryana on December 5 over allegations of medical negligence in the dengue death of a seven-year-old girl, Adya Singh, at Fortis Hospital in Gurgaon, the three-member expert committee has found that “withdrawal of life support by the hospital in the ambulance amounts to negligence and is against law”. The girl had died after 15 days of intensive care while the hospital had billed the family more than 16 lakh as the cost of treatment. The report says that “under the garb of leave against medical advice, the hospital disposes of the patients in an unethical manner when attendants no longer want to continue the treatment.” The report goes on to point out that “There is lapse, negligence and unethical conduct as oxygen was taken off and life support was withdrawn though the patient was neither brain dead nor in a vegetative state but alive as per the statement of the treating doctor. Hence the case is recommended to be sent to Medical Council of India for action while all senior doctors treating the girl should be held accountable.”

Haryana’s Health Minister Anil Vij said that the state government had asked the Haryana Urban Development Authority (HUDA) to cancel the land lease of Fortis hospital. He said that there were directions to inform the government about all dengue patients, but the hospital failed to do so and a notice had also been served in this regard.

In the case of Max Hospital, Shalimar Bagh, a panel formed by the Delhi Government has found that the hospital had erred in declaring a premature baby dead by not adhering to prescribed medical norms in dealing with newborn babies. The report in this case found that no ECG was done to check if the child was alive and the body was handed over without written instructions. The dead and the living twins were not kept separately. The boy along with a twin sister was born on November 30 and both were declared dead and handed over to parents in a polythene bag. However, just before the last rites, the family discovered that the baby boy was breathing. The infant later died after a few days at a nursing home in Pitampura. The police have registered a case in this connection.

The Delhi Government on December 8 cancelled the licence of Max Hospital, Shalimar Bagh, with immediate effect for alleged medical negligence.  Also, the keeper of the hospital has been directed to “refrain from admitting any new indoor patient and stop all outdoor treatment service in the premises with immediate effect”.

In a tweet, Delhi Chief Minister Arvind Kejriwal said that “we do not want to interfere in the functioning of private hospitals, but if patients are looted and cheated and the hospitals are guilty of criminal negligence, being a responsible government, we will interfere in such cases.”

Max Healthcare authorities, in a statement issued hours after the cancellation of the licence, said, “We have not been given adequate opportunity to be heard. We strongly believe that this ruling is harsh as even if there is an individual error of judgement, holding the hospital responsible is unfair and it will severely limit the ability of patients to access treatment. This will compound the shortage of hospital facilities in the national capital.” Meanwhile, the hospital has terminated the services of two doctors allegedly involved in this case.

How top hospitals are enriching themselves could be understood from the investigation by the Deputy Director General of the Competition Commission of India who found that Max Super-specialty Hospital, Patparganj, has been making 275 per cent to 525 per cent profit on sale of disposable syringes by abusing its dominant position to force inpatients to buy such products from its own pharmacy. The report also detailed how the extracting of such “huge profits margins” from inpatients was prevalent across all 14 hospitals of the Max group. The report, in fact, indicates that the practice of corporate hospitals making huge margins from inpatients is widely prevalent.

Shockingly, the Delhi Medical Council admits that a majority of the complaints it receives are against medical negligence. According to DMC president Arun Gupta, “about 70 per cent complaints are against private hospitals and the rest against government hospitals. In the last two years, we have received 521 complaints. While the direct reason cited is wrong treatment or unnecessary procedure, the underlying cause of complaints is often over billing”.
Significantly, the DMC receives one the highest number of complaints among all state medical councils.  In the last two years, 48 doctors have been de-registered from the council for different durations depending on the seriousness of their wrongdoings. 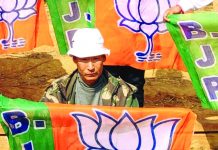