Chief Minister Arvind Kejriwal on Tuesday said the results of efforts made by Delhi residents to curb pollution in the city are encouraging but there is still a long way to go.

His remarks came a day after Diwali when the air quality in the national capital was recorded in the ‘very poor’ category. The situation, however, was relatively better than previous years due to favourable meteorological conditions which diluted the effect of many residents flouting a firecracker ban and stubble burning.

“Delhiites are working hard in the field of pollution. There have been very encouraging results but there is still a long way to go. We will make Delhi the best city in the world,” Kejriwal said in a tweet in Hindi.

Emissions from firecrackers and farm fires have contributed significantly to Delhi’s PM2.5 pollution on Diwali over the years.

Their share this year was relatively less than previous years due to reduced bursting of firecrackers and moderately warm and windier conditions which prevented rapid accumulation of pollutants. 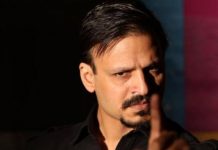