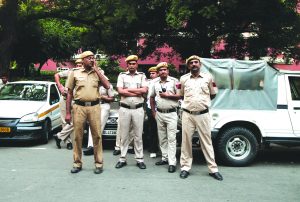 As the controversial Citizenship (Amendment) Act (CAA), 2019, came into effect from January 10, the nationwide demonstrations against the CAA, NRC (National Register of Citizens) and NPR (National Population Register) continue to get louder and bigger each day, reflecting what the protesters had announced from the very onset — that they will not budge, come what may. This is a watershed moment for the country. The people from all walks of life, age, gender and most importantly, religion, have united to resist CAA, NRC and NPR proposed by the Narendra Modi-led government.

In the last two months, the BJP-led government has made numerous attempts in the national Capital to thwart the spirit and muzzle the voices raised against the CAA-NRC-NPR. Recent instances of arbitrariness in the national capital that really shook the country are —

iii) Then, on 5 January, 2020, a mob of masked goons wreaked havoc inside the Jawaharlal Nehru University. The mob ransacked hostels, beat up students and professors with iron rods, sparing none in their their way. The attack left several students, including the JNU Students’ Union President Aishe Ghosh seriously injured.

These attacks in the recent times have made it clear that the government is in a fire-fighting mode and willing to take any step possible to curb the flames of anti-CAA protests.

Now came the order that the draconian National Security Act (NSA), 1980, has been imposed in Delhi, especially, in the wake of the Shaheen Bagh movement. The media hype created around the invoking of NSA in the national capital seems to have alarmed the people who have been vehemently opposing CAA-NRC-NPA through peaceful demonstrations.

The order has come at a time when Delhi Police is making persistent efforts to persuade the protesters in clearing the Kalindi Kunj-Shaheen Bagh stretch following Delhi high court directive. The movement, which is over a month old now, has drawn immense support from across the country, giving sleepless nights to the regime at the centre. But, the protesters are refusing to budge until the CAA, NRC and NPA is revoked or the government finds a solution which is citizen-friendly and not discriminating against any religion.

However, the Delhi police have clarified that the NSA has nothing to do with the protest, instead it is “routine order” that is issued in every quarter, they said. But, never before had it made any headlines like it has today. Is this notification really unprecedented and aimed at curbing the burgeoning demonstrations in the national capital? Or is it really a routine order passed by the Lt Governor, as claimed by Delhi police?

On 10 January, 2020, Delhi’s Lieutenant Governor Anil Baijal issued an order authorising the Delhi Police Commissioner to detain any individual deemed a threat to the national security, and law and order, under the NSA from 19 January, 2020 till 18 April, 2020.

“In exercise of the powers conferred by sub-section (3) of section 3, read with clause (c) of Section 2 of the National Security Act, 1980, the Lt Governor is pleased to direct that during the period January 19 to April 18, the Delhi Police Commissioner may also exercise the powers of detaining authority under sub-section (2) of the section 3 of the aforesaid Act,” the notification read.

In layman’s language, under the National Security Act, 1980, the authorities in question are empowered to arrest anyone without mentioning the charges, refusing also to give access to a lawyer. Any individual detained under NSA need not be informed of the charges for 10 days and the person can be detained for 12 months without any charges.

It is important to note that Article 22 (1) gives the arrested person the right to consult and be defended by a legal practitioner of his own choice. However, under the draconian NSA, a detainee cannot exercise the rights under this article. Also, any individual can he held in preventive detention on the following grounds:

Is there a reason to be scared? 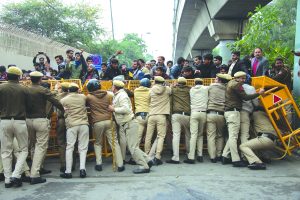 Tehelka spoke to senior advocate Rebecca Mammen John on the issue of NSA, who said, “The fear of the people in Delhi is valid. The National Security Act, 1980, is a draconian act because it does not follow any due process and, therefore, it will create an atmosphere of fear for the people living here in Delhi.”

The senior advocate further said, “I cannot speculate for whom and for what reason the NSA has been invoked in Delhi. This is not the first time that NSA has come into force, it was imposed before also. In Uttar Pradesh, it was used where people were picked under the National Security Act, including Chandra Shekhar Aazad of Bhim Army.”

Prominent activist Saket Gokhale while speaking with this reporter said that there is nothing new about National Security Act, 1980, being invoked in Delhi since it is already applied in every part of India, except for J&K. However, the implications of this Act cannot be ignored.

“The implications of this Act are actually serious. You cannot just look at this in isolation, but from the prism of the background of the Delhi Police over the last two three months. We have seen a lot of arbitrariness and procedures being violated by them. It does raise concern whether NSA will be used arbitrarily to detain protestors because there is no definite wording of what constitutes a security threat. Look, Bhim Army chief Chandrashekhar Azad was detained for a long time in Delhi. You don’t know tomorrow if the Delhi Police will exercise these power against the peaceful protesters,” said Saket.

Come February 1, Delhi will have a new police commissioner as the tenure of Amulya Patnaik is coming to an end on January 31. This could be another matter to worry since the identity, ideology and background of the new commissioner is still unknown to the public.

“It is fundamentally important for us to know who the new commissioner is? What if the individual is someone with history of high-handedness or who has a controversial background? Knowing the ideology and views on national security of the new commissioner also has a bearing on whether NSA is applied indiscriminately or not,” said Saket.

The activist also pointed out that there has been a lot of misreporting on National Security Act by certain section of media houses which is doing the fear-mongering job among the peaceful and poor protesters.

The National Security Act made headlines when it was used to arrest Dalit leader and Bhim Army chief Chandra Shekhar Aazad (2017) for 15 months over Saharanpur caste violence case and Manipur journalist Kishore Chandra Wangkhem (2018) for 12 months for criticising BJP-led chief minister N Biren Singh and Prime Minister Narendra Modi on his social media accounts. In January 2019, three persons were booked under NSA in Uttar Pradesh in alleged connection with a cow-slaughter incident.

There is a growing criticism against the current state governments on the way the draconian NSA has been used. In a report released by the Uttar Pradesh government in January 2018, it was revealed that 160 people were detained under the National Security Act in just one year.

After Delhi, the state of Andhra Pradesh has invoked the Preventive Detention Act and the National Security Act, 1980. The move has come in the wake of the protests against the Jagan Mohan Reddy government’s decision to shift the capital city from Amaravati and have a three-state capital.

Delhi is gearing up for the Legislative Assembly election which is scheduled for February 8, and the Parliament’s Budget Session is to be held on January 31. Hence, there is expected to be more pressure on Delhi Police to restore law and order in the national capital.

There is a feeling among the critics that Delhi police may go more aggressive to dissuade the peaceful protestors from coming on the streets.

Tehelka tried to reach out to Delhi Police Chief Amulya Patnaik and Delhi Home Minister Satyendar Kumar Jain, but couldn’t get a response at the time of filing the story. 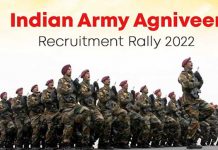