Three members of a family were brutally murdered at their home in South Delhi’s Vasant Kunj on Wednesday morning.

Among the dead were a couple Mithilesh and Siya in their 40s and their 16-year-old daughter Neha. Their 19-year-old son was found with minor injuries.

The incident took place in a building in Kishangarh area around 5 am.

The family was staying at the three-room apartment near the chaupal of the Kishangarh village.

The couple and their daughter were declared brought dead at the hospital while their son is being treated.

The investigation is going on. Police suspect that personal hostility could be the reason for the attack.

Injured son of deceased couple is also being questioned. 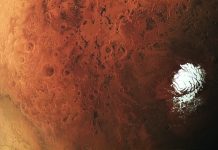