Delhi is staring at a water crisis amid the rising heat, with the water levels at the Wazirabad pond depleting alarmingly due to less flow in the Yamuna, officials said.

The city government has written to the Haryana Irrigation Department, for a second time in a week, asking it to release additional water in the river to prevent disruption in water supply in the capital, they said.

An official said the water level at the Wazirabad Barrage dropped to a critical low of 672.30 feet on Wednesday morning, against the normal level of 674.5 feet.

“Also, the raw water flow in the Carrier Line Canal has decreased from 683 cusec to 566 cusec. The water production is affected,” the official said.

Haryana supplies a total of 610 million gallons of water a day to Delhi through two canals — Carrier-Lined Channel (CLC) and Delhi Sub-Branch (DSB) — and the Yamuna.

CLC and DSB are supplied water from Hathni Kund via Munak canal and the Bhakra Beas Management Board.

Besides, Delhi receives 253 MGD from Uttar Pradesh through the Upper Ganga Canal and 90 MGD is drawn from ranney wells and tube wells installed across the capital.

The low level at the Wazirabad pond and the low flow in CLC has reduced the operational capacity at several WTPs, including Chandrawal, Wazirabad, Haiderpur, Nangloi, and Dwarka, another official said.

The Haiderpur WTP, the largest in Delhi which supplies around 225 MGD of water to the city residents, is facing operational issues.

Due to excessive floating material choking the filter beds, the treatment process has slowed down at the Haiderpur WTP, the DJB said in a statement.

“DJB is endeavouring to rationalize the water supply, however water will be available at low pressure till the situation improves. Affected areas include north Delhi, northwest Delhi, west Delhi and parts of south Delhi,” it said.

According to government data, Delhi required 1,380 MGD of water in 2021, while the DJB could supply around 950 MGD.

The government has now targeted increasing the water supply to 998 MGD to meet the growing demand this summer season and to 1,180 MGD by June 2023.

With scanty rains owing to feeble western disturbances, Delhi had recorded its second hottest April this year since 1951 with a monthly average maximum temperature of 40.2 degrees Celsius. The weather department has forecast above normal temperatures in May too 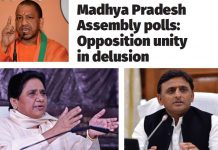 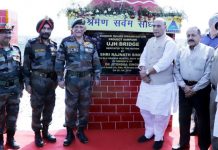