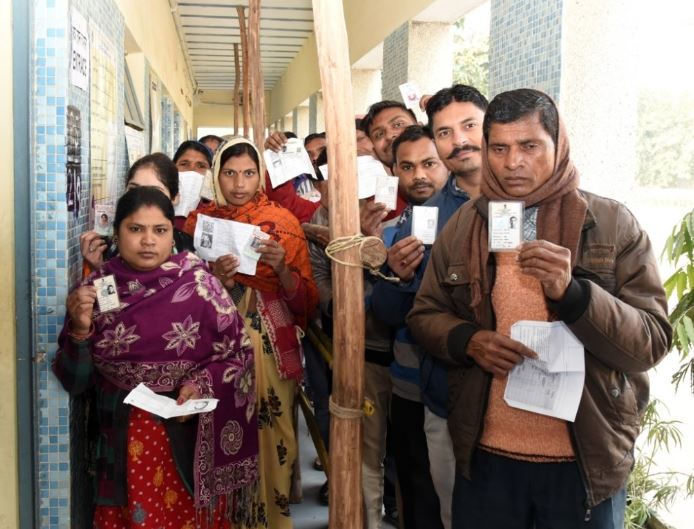 The voter turnout in Delhi assembly elections was recorded around 30.69 percent till 3 pm on Saturday.

Polling for the 70 assembly constituencies in Delhi began at 8 am today and will continue till 6.00 pm.

The AAP, under the leadership of Chief Minister Arvind Kejriwal, is seeking to retain the power in Delhi.

Delhi had recorded a voter turnout of 67.12% in the last Assembly Elections held in 2015.