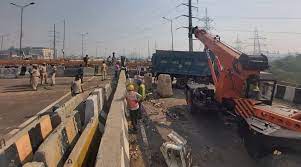 The Delhi Police sprung into action Friday to remove barricades after a Supreme Court hearing that highlighted how traffic in the area had been stopped by the authorities and not protesters.

The Delhi Police could be seen removing the barricades and concertina wires it had put in place at Ghazipur and Tikri where farmers have been protesting for almost a year now against the Centre’s new farm laws.

The police had blocked the area with multiple layers of barricades, giant nails, concertina wires and giant nails when farmers converged at various borders of the national capital. Supporters of the government had alleged that the farmers had blocked the roads, causing inconvenience to thousands of commuters. Last week, the top court had said that while farmers had the right to protest, they cannot block the road indefinitely. The farmers’ union, on the other hand, told the court that it was the police that had barricades the road and blocking vehicular movement.

Deputy Commissioner of Police (east) Priyanka Kashyap said Friday, “The process of removing barricades on NH-9 has been started. The temporarily barricading is being removed to ease out vehicular movement. However, the National Highway 24 was already opened for the traffic.”

The opening of the road stretch would help thousands of commuters in Ghaziabad, Delhi, Noida as well as those travelling between the national capital and interiors of Uttar Pradesh to Meerut and beyond.

A police officer told PTI that four of the eight layers of barricades at the Tikri border have been removed. However, the cement barricades are still there and the road remains closed for commuters, a senior officer was quoted as saying.

On Friday, Bharatiya Kisan Union leader Rakesh Tikait said that the farmers have not blocked the roads as it was not part of their protest. “PM had said that farmers can sell crops anywhere,” he added. “If roads are open, we’ll also go to Parliament to sell our crops. First, our tractors will go to Delhi.”

Meanwhile, Haryana government officials, including Additional Chief Secretary (Home) Rajeev Arora and police chief PK Agrawal had visited the Tikri border with a delegation of farmers on Tuesday and found that the border had been sealed by the Delhi Police.

A meeting was held between the police officials of Haryana and Delhi. After this, authorities reached an agreement and the process of removing barricades started. 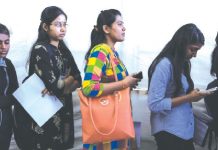