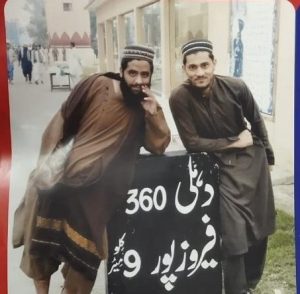 The Delhi Police on Tuesday issued an advisory along with the photograph of two terrorists suspected to be hiding in the national capital and asked the public to keep a lookout for them.

The advisory bears a photograph of the two bearded men in kurtas and traditional headgear posing next to a milestone stating, ‘Delhi 360 km, Ferozepur 9 km’.

Ferozepur is located on the India-Pakistan border in Punjab.

Last week, the Punjab state was put on high alert after the intelligence agencies issued a letter to Punjab police about the presence of at least six terrorists belonging to Pakistan-based Militant group Jaish-e-Mohammad (JeM). The terrorists were believed to be sighted in Ferozepur.

The letter, issued by the office of the Punjab Inspector General of Police (Counter Intelligence) to law-enforcement agencies across the state on November 15 sought the installation of checkpoints at all important routes, step up the security especially along the border and strict vehicle inspections.

“There is a need to review and strengthen the second line of defence along the Indo-Pakistan border and to coordinate closely with Border Security Force (BSF) and other police/defence establishments in your areas,” it added. 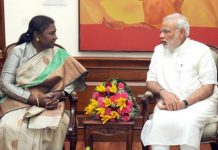