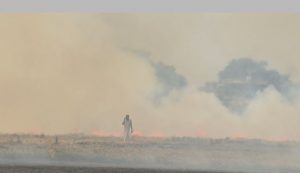 The residents of Delhi NCR are once again in panic mode as the farmers in Punjab and Haryana start burning crop residue risking a significant spike in air pollution in the national capital. As the seasonal practice of stubble burning started in northern India, satellite data showed over 200 fire counts in Amritsar, the district reporting the instances of crop burning. As a result, the data showed a corresponding spike in the PM2.5 concentrations in the region over the last few days.

As the harvesting season for paddy crops commenced in these states, the farmers were reported to burn the residue in many parts of the two states. All the attempts by the Supreme Court and the state government to convince the farmers to refrain from burning the residue, even providing them with alternate machinery to dispose of the stubble, have failed. The farmers say they don’t have an option as the assurances provided by the authorities were hollow and no compensation was provided to them.

The state of Punjab generates around 200 lakh tonnes of paddy stubble every year, and last year, the farmers burnt about 9.8 million of it. Such volumes of work mandate adequate support from the government, which has proven insufficient so far. The claims of the state government of having provided nearly 75,000 residue management machines was met with stiff criticism from farmers who say that the machines didn’t reach each and every farmer. They also claimed that the 2500 compensation as promised by the government was not paid to the farmers who did not burn stubble last year. As such, the farmers are left with no option but to dispose of the stubble in the most economical way possible — setting it on fire.

“We have no money to clear the fields. Burning the stubble is the easiest and cheapest way to dispose it off. The government announced several measures, but they are insufficient to actually provide any feasible help. I don’t think there is any other option before us,” said a farmer to Tehelka on the condition of anonymity.

The stubble burning threatens to complicate problems for the national capital Delhi, which is already reeling under the Covid-19 pandemic. The impending pollution in the air is said to worsen the pandemic situation. Sensing the urgency of the matter, the Environment Pollution Control Authority (EPCA) has directed the chief secretaries of Punjab, Haryana and Uttar Pradesh to check the issue of stubble burning and take remedial action.

In the letter to the states, Bhure Lal, the chairman of the Environment Pollution (Prevention and Control) Authority (EPCA), wrote, ”It has been brought to our notice that early burning of crop residue is taking place in Punjab. According to a SAFAR estimate, fire counts were 42 on September 21, around 20 on September 20 and nil on September 15.” The data from the Central Pollution Control Board showed stubble burning contributing nearly 44 per cent to the air pollution in Delhi in November last year.

“While the impact (of stubble burning) on air pollution is currently minimal as wind speed is high and there is dispersion, the fact is that crop burning season has started and it needs to be urgently addressed as per the directions of the Supreme Court,” Bhure Lal added.

He directed the states to follow the order of the Supreme Court and take immediate steps to contain the stubble burning incidents and minimise the risk of pollution. Bhure said the pollution control authority had been monitoring progress with the states and had worked out clear benchmarks and targets to be achieved before the coming season.

What is Delhi doing?

Delhi has been the worst affected state when it comes to harmful effects of farm burnings in the neighbouring states. To counter the stubble burning in the outer Delhi areas, the Delhi Chief Minister Arvind Kejriwal is exploring the idea of implementing a new technique, called the Pusa decomposer, developed by Indian Agriculture Research Institute (IARA). Pusa is known to help in the speedy decomposition of stubble, and it will also carry out a detailed cost-benefit analysis.

According to IARA, Pusa compost/decomposer technology is a microbial-based strategy (liquid formulation and capsules) which degrades the waste and converts it into nutrient-enriched compost. This is an eco-friendly and environmentally useful technology in true with the Govt of India’s Swachh Bharat Mission.

“Due to stubble burning, Delhi gets covered with smog. I came here at IARI and talked to the Director of the institute. The Director has devised a new innovative technique, in which they are giving four capsules of Pusa decomposer for one hectare of field,” Kejriwal said. He said that in one capsule, a farmer can make 25 litres of liquid substance. After making the liquid, he has to add jaggery and gram flour in it and has to sprinkle that liquid on the stubble, after which it would bio-degrade in 20 days, he added.

According to the data obtained through NASA fire maps between 2016 and 2019, the number of stubble burning cases post paddy harvesting season in the states of Punjab, Haryana and Uttar Pradesh have come down by 50 per cent as compared to four years ago.

The states of Haryana and Uttar Pradesh have seen a consistent drop in stubble burning cases, while the trend in Punjab has been somewhat erratic. The data for the state shows that in November 2016, the instances of stubble burning were at 51,150 which came down to 28,078 in the following year. The cases spiked again to 39,231 in 2018. While in 2019, around 26,260 cases of fires were recorded in November. The state of Haryana has reported a fall of 55 per cent in stubble burning since the last four years. The numbers came down to as low as 6,020 in the state for the 2019 harvest season, according to the satellite data recorded for the state. The state reported about 13,378 such cases in 2016, which therefore, represents a significant drop in the cases. The state of Uttar Pradesh reported a decline of 53 per cent in the overall cases of stubble burning.

The smoke from the farm burnings will not affect Delhi NCR for some days due to the speeding wind conditions in the region. However, the situation will be different once there is change in the weather conditions. The national capital is expected to grapple with a double whammy of Coronavirus on one hand, and the onslaught of toxic farm burning smoke towards the end of this year. As of 22nd September, Delhi recorded an air quality index of 115, which falls in the moderate category. However, the air quality is going to worsen in the coming days.

The experts argue that the government is not addressing the root cause of the problem, they say farmers are not the ones to blame. They point out that the issue is a symptom of agricultural policies that have incentivised unsustainable on-farm practices for farmers, and that it is important to address it not through knee-jerk measures, but a long-term shift in the way agriculture is practiced in the two states.

According to a research paper released by the Social and Political Research Foundation, the government’s agricultural policies and laws have accentuated the problem of stubble burning by implementing flawed ordinances. For example, the Preservation of Groundwater Act (2009), enacted to counter the high rate of groundwater depletion in Punjab and Haryana.

“The act banned the sowing of paddy before mid-May, effectively ending the practice of double cropping of paddy by farmers during April-October, because of which the farmers in Punjab are not allowed to plant the pre-monsoon paddy crop during April-June and can only grow paddy around mid-June in most districts. Consequently, while they were able to harvest paddy by early October before the Act came into place, they are now only able to harvest it between late October and mid-November. This leaves them a shorter time window to harvest as well as prepare the field for the next crop, which is why they choose burning the stubble instead of other, more eco-friendly options,” the paper says.

Another flawed policy according to this paper was the push towards double cropping, which encouraged farmers to move away from coarse cereals to a new variety of rice in the mid-1990s that matured in just 60 days. The farmers then started planting two crops of paddy every year, leading to increased consumption of groundwater and eventually to Preservation of Subsoil Water Act (PSWA). Another reason according to the paper is the MSP regime on water-intensive crops, which has encouraged farmers to plant more and more of this crop leading to deteriorating soil health and groundwater and, therefore, less profits. 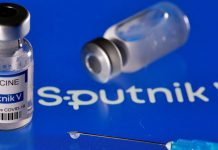