The Delhi High Court on Friday dismissed a plea by Associated Journals Ltd (AJL), publisher of National Herald, which had challenged a government order ending its 56-year-old lease asking it to vacate the building in New Delhi.

The publisher of the Congress-linked National Herald newspaper has been ordered to vacate the building in central Delhi’s ITO area within two weeks.

The court passed the order on AJL’s plea against the government’s notice issued on October 30.

AJL had shut down over its debts in 2008. The BJP alleged that the Gandhis had used Congress party funds to pay off its debts.

BJP leader Subramanian Swamy in 2012, had filed a case against then Congress president Sonia Gandhi and her son Rahul Gandhi, alleging irregularities related to a loan of Rs. 90 crore given to the AJL by the Congress. 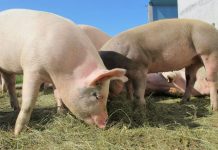