“This can’t be called a strike. You can’t go inside someone’s office or house and hold a strike there,” said the court.

The protest was challenged by BJP leader Vijender Gupta.

Delhi CM has been holding the protest along with Deputy CM Manish Sisodia, Ministers Satyendar Jain and Gopal Rai protesting for having disagreements with LG Baijal over several issues and is demanding statehood for Delhi.

CM Kejriwal specifically argued that bureaucrats or IAS officers were refusing to show up to work – or working only selectively – and the Lieutenant Governor must intervene to change that.

Till LG Baijal asks bureaucrats to change their approach toward work, I will not leave the waiting room of the LG’s house in Delhi, said the Delhi Chief Minister.

The court was hearing the petition against AAP government’s protest at LG’s house arguing that protest is unconstitutional and Kejriwal and his ministers “consider themselves above the law” and should be ordered to get back to work.

The court said it will take up the case on June 22.

Meanwhile, Manish Sisodia’s ketone level has risen to 7.4 which should ideally be zero. A team of doctors is reportedly on its way to the L-G house to see him.

Also, Satyendra Jain was kept under medical observation on June 17. “Our team of specialists, who examined him, advised hospitalisation following which he was shifted to the ICU where necessary investigations and treatment was started instantly,” said Dr J C Passey, medical superintendent of LNJP Hospital in Delhi.

“He (Jain) had to be put on oxygen therapy and he felt better after he passed urine at 2.30 am. His general condition is stable,” Passey added. 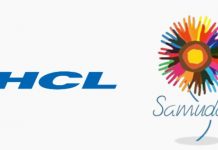