The Delhi High Court on Monday rejected a public interest litigation (PIL) seeking to stop the operation of SpiceJet airline for allegedly flying its aircraft in breach of professional and safety obligations.

The court cannot stay the operation of an airline on the basis of a PIL and press reports, a bench headed by Chief Justice Satish Chandra Sharma said while dealing with the petition by lawyer Rahul Bhardwaj.

The bench, also comprising Justice Subramonium Prasad, stated that the law provided a “robust mechanism” for the aviation industry and recorded the DGCA’s stand that it has already initiated action and issued show cause notices in relation to incidents mentioned in the present case.

In the recent past, the petitioner alleged, there have been instances concerning the “landing” of SpiceJet aircrafts, its aircraft taking off without passengers’ baggage and employees not being paid.

The court said the “DGCA is very much working” and there is no reason to grant the relief sought by the petitioner.

“The court cannot stop a particular airline to operate in the country based on averments in a PIL and press clippings,” it said. 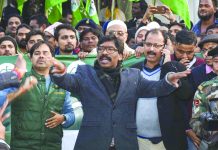 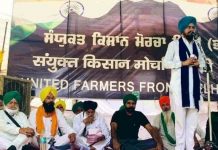