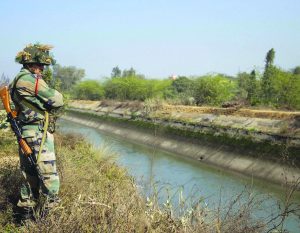 The Delhi Jal Board Vice-chairman had alleged that dirty water was being supplied at the time of elections in Delhi and it was a political conspiracy. Dinesh Mohaniya‘s statement read, “The water supplied in Delhi comes from other states, in which Haryana is the largest source. Since the announcement of elections, the amount of ammonia in the water coming from Haryana has increased a lot. This has affected the water supply in many parts of Delhi. As Haryana is ruled by BJP, these developments during the elections seem to be a political conspiracy”.

Amit Arya, media advisor to the Haryana Chief Minister Calling Mohaniya’s statement false, said it was an attempt to malign the state’s image. Arya also said that “similar allegations made earlier by DJB were found baseless by the Central Pollution Control Board”.

According to experts, the high ammonia content can stall functioning of water treatment plants as they are unable to treat water with more than 0.7 ppm ammonia. Increased presence of ammonia in water is a recurrent issue between the two states; especially between January and March as the amount of water flowing in the river is much lower than the ecological flow that is required.

As per several reports and experts, a large load of pollutants is added to the river from the Panipat Industrial Area. Officials said two water treatment plants — Chandrawal and Wazirabad — were able to produce half the amount of treated water that they produce because of pollutants. The decrease was around 100 million gallons daily. DJB supplies 940 MGD of water as opposed to a demand of around 1,200 MGD.

Dinesh Mohaniya alleged, “For the last 3 days, the water problem has started again in Delhi. The water coming from the BJP ruled Haryana contains a high amount of ammonia. The level of Ammonia steadily increased from 1.2 ppm on 8th to 1.8 ppm on 9th to 2.7 ppm on the 10th. Due to this, Delhi Jal Board was able to produce 100 MGD less water compared to normal production”.

“Sudden increase in the amount of ammonia in the water supplied from Haryana during the elections indicates some kind of political conspiracy. BJP often accuses the Delhi Jal Board of supplying dirty water in the city. I want to tell everyone that the water being supplied in Delhi comes from the BJP ruled states. One of the major reasons behind the frequent complaints of dirty water in Delhi is the supply of contaminated water with waste, sewage, and filth from the Panipat Industrial Area in Haryana”, alleged the DJB Vice Chairman.

Mohaniya alleged that due to this problem, two big plants of Delhi Jal Board in Chandrawal and Wazirabad are able to produce only half of their capacity, and consequently the supply of water in Delhi is being affected. “Because the water is not being produced completely in Delhi, Delhi Jal Board is not able to supply water in some areas of Central and South Delhi, as it plans”, he added.

“Such developments just before the elections create doubt in anyone’s mind. The reason for this suspicion is that on one hand, the Union Minister Ram Vilas Paswan of the BJP led central government accused the Delhi Jal Board of supplying dirty water in Delhi and on the other hand contaminated dirty water is being supplied from the BJP ruled Haryana”, Dinesh Mohaniya added.

He clarified, “The BJP often accuses the Delhi Jal Board of supplying dirty water in the city. I want to tell everyone that the water being supplied in Delhi comes from the BJP-ruled states”.

In November too a controversy over Delhi’s water quality broke out with a Bureau of Indian Standards report saying that all 11 water samples from different locations in Delhi including that from Krishi Bhawan and the house of Union Minister Ram Vilas Paswan did not pass its tests.

On the survey, Mohaniya said: “The reason for this suspicion is that on one hand, Paswan accused DJB of supplying dirty water, and on the other hand contaminated water is supplied from BJP-ruled Haryana.”

Water supply to Delhi has always been involved in one controversy or the other. Sometime back to ensure water supply from Haryana’s Munak canal to Delhi, the Delhi High Court had constituted a monitoring committee, which headed by retired judge Indermeet Kaur. The High Court had also directed the chief secretaries of both the states to appoint three more persons from the departments concerned in the inspection team.

The idea was to highlight the gaps and challenges that prevent the supply of adequate water to Delhi and whether Haryana deliberately stops it. The Delhi government has blamed Haryana for not releasing water as per Delhi’s share of supply while Haryana had maintained that they are supplying water as much as 1049 cusec against the sanctioned 719 cusec.

While expressing its displeasure to Haryana, the court said, “our interest lies in only making water available to the common man”. The court strongly asked Haryana to follow its 2014 order in which the state was asked to provide adequate water to Delhi.

The court on 25 May directed the Haryana government to ensure that water is supplied to the national capital without any hindrance after it was told there were ‘bunds’ on river Yamuna at several places apart from mining activity. The court’s order came on a plea filed by DJB seeking sufficient water supply for Delhi.

“There should be no hindrance in flow of water from there (Haryana) to Delhi,” a bench of Chief Justice Rajendra Menon and Justice A.J. Bhambhani observed in their order. The direction came after a committee, constituted by the high court to inspect whether ‘bunds’ have been put in the canals carrying water meant for Delhi, told the bench that such obstructions were found at 11 locations on the Yamuna.

The committee, also comprising retired high court judge Indermeet Kaur and amicus curiae Rakesh Khanna, and retired additional chief secretary Nivedita Haran, had submitted a report stating that apart from the ‘bunds’, there was large-scale mining in Yamuna and one of its tributaries, the Somb. The report said that the ‘bunds’ had severely affected the flow of water in the Yamuna.

Sources in the ministry said the Delhi national capital region currently faces a deficit of 200 million gallons per day (MGD) of its total estimated demand of 1,113 MGD.

Prashant Kishor’s I-PAC coming on board with us, says Arvind Kejriwal 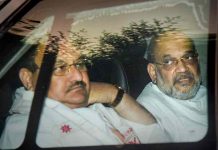