A fire broke out at the Institute of Chartered Accountants of India (ICAI) building on ITO road in Delhi.

According to reports, the fire was reported on the third floor of ICAI building.

Fire tenders were immediately rushed to the spot to douse the flames.

No injuries or casualties have been reported so far.

Stationery items and furniture were damaged in fire, the fire officer said.

Earlier this week, four people died after a fire broke out in a factory in Delhi’s Karol Bagh. 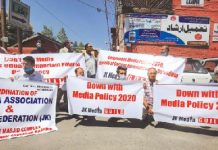