Delhi Chief Minister Arvind Kejriwal on Tuesday flagged off 50 low-floor CNG-powered cluster buses and said they will improve connectivity to the rural belts of the national capital.

He also flagged off 30 Innova cars and 36 motorbikes for the enforcement wing of the Transport Department.

According to transport department officials, this is the first time motorcycles have been inducted in the enforcement team. This will ensure enforcement teams can enter narrow lanes where cars cannot.

The government has floated a tender for 1,500 electric buses, and by November next year, 1,800 such buses will be playing on Delhi roads, he said.

“We have inducted 50 new low-floor CNG (air-conditioned) buses. From many years, people faced inconvenience since there were no buses. But in the last two-three years, electric, CNG, cluster buses have been inducted,” he added.

The new buses will be kept at the new Bawana bus depot.

“This will help rural connectivity. There are already 360 cluster bus routes. There will be six new routes for these buses that will serve rural areas,” he said.

Later, in a tweet in Hindi, Kejriwal said, “Today 50 new CNG buses and 66 new vehicles for road safety and bus lane enforcement were flagged off from the Rajghat depot. As many as 7,320 buses are on the roads of Delhi now, the highest-ever. By 2025, more than 10,000 buses will be in service of the people of Delhi, 80 per cent them will be electric buses. 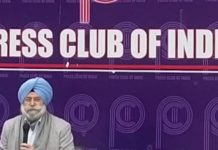