In Delhi Ashram sexual assault case, the Delhi High Court on January 4 rebuked the defence counsel for not able to present Virendra Dev Dixit.  “Is he (Virendra Dev Dixit) an incorporeal entity?” asked the HC.

A division bench of acting Chief Justice Gita Mittal and Justice C Hari Shankar told Central Bureau of Investigation (CBI) to submit reports on the whereabouts of the fake Godman within two weeks of time.

The court also warned the council for providing “blatant lies” in the name of evidence,  “obstructing the Court” and “misusing the power of law” for which the judiciary could take an action.

According to prima facie evidence found in a report by the panel appointed by the Court, the Dixit-run ashram “caged minor girls and women” and motivated them to lodge false complaints against their family members.

“False complaints have been lodged against the family to dissuade, discourage and motivate parents from pursuing the law against Dixit and his ashram,” said the court.

“In the 21st century, which organisation confine girls and women in a cage like infrastructure where not even rays of sunlight could pass in? Why the ashram confines girls and women, why not boys and men?” the court asked the counsel.

The court in its statement said that it will not interfere in any “bonafide legitimate spiritual activity, but, will act against any fraudulent activity.”

The next date for the hearing is scheduled on February 5.

In December 2017, more than 41 girls were rescued from ashrams of Delhi and Farrukhabad in Uttar Pradesh run by Virender Dev Dixit. They were found living in animal-like condition and under heavy influenced by drugs. 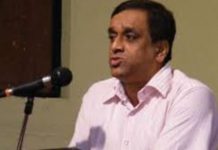