The air quality in Delhi on Sunday remained in ‘very poor’ category for the second consequtive day.

According to the System of Air Quality and Weather Forecasting And research, the overall Air Quality Index (AQI) in Delhi NCR was recorded at 365, which comes under ‘very poor’ category.

People living in Delhi and surrounding areas are facing various health issues due to rise in toxicity in the air.

As winter season kicks in and due to insufficient rainfall & low wind speed, the pollution in the air saw an increase.

The third edition of odd-even scheme which started from November 4 has failed to reduce the pollution in the capital.

Earlier on November 1, the Supreme Court-mandated panel had declared a public health emergency in the national capital and nearby areas.

He blamed the state governments of Haryana and Punjab – for forcing farmers to burn stubble that he said had led to the problem in Delhi.

Kejriwal had said, “Khattar and Captain governments are forcing their farmers to burn stubble, due to which there is heavy pollution in Delhi.” 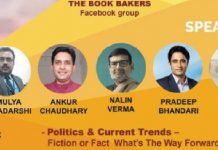