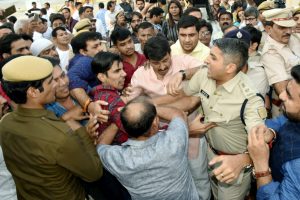 The inauguration ceremony of Delhi’s iconic and much-awaited Signature Bridge got chaotic on Sunday after a clash between Bharatiya Janata Party (BJP) and Aam Aadmi Party (AAP) workers at the site.

The two sides the BJP and the AAP got involved in a scuffle after Manoj Tiwari and several BJP supporters reached the inauguration site where Delhi Chief Minister Arvind Kejriwal was scheduled to unveil the bridge.

BJP workers alleged that AAP had not invited Manoj Tiwari to the ceremony even though it was Tiwari who had started the efforts to push for the construction for the structure in his North East Delhi constituency.

Arvind Kejriwal accused the BJP of creating chaos on the occasion.

AAP leader said that thousands of people had come to celebrate without an invitation card, but Tiwari “considers himself a VIP”. Accusing him of “hooliganism”, he alleged BJP workers thrashed AAP volunteers and others at the site.

However, Tiwari said that he is a MP from here and accused Kejriwal and his supporters for creating ruckus at the occasion.

Delhi unit of the BJP also released a video in which AAP MLA Amanatullah Khan was seen pushing Manoj Tiwari off the stage while Kejriwal delivered his speech.

Tiwari also said that the AAP MLA also threatened to shoot him. “The whole incident took place in the presence of Delhi CM. I am going to file an FIR over the incident,” he added.

The much-awaited Signature Bridge on the Yamuna will be open for the public from today.

The 575-metre-long suspension bridge will reduce the travel time between North and North-East Delhi. 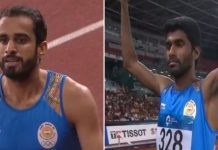 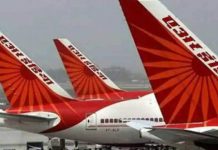