Defence Minister Nirmala Sitharaman is headed for the United States for a five-day visit to hold a bilateral meeting with United States Secretary of Defense James N Mattis at Pentagon on December 3. She will also hold a discussion on new defense deals and projects.

She will later visit the Indo-Pacific Command headquarters at Honolulu in Hawaii during her official trip till December 7, said officials.

“@DefenseMinIndia arrives in Washington DC for a 5-day visit. Meets officials, visit Museums of Natural History, Gallery of Art, Air & Space. @nsitharamanoffc will be laying a wreath at National Cemetery b4 Bilateral meeting with Secy of Def James N Mattis at Pentagon on Day 2,” Ministry of Defense tweeted.

Senior government officials reportedly said that the defense minister will be interacting with key defense officials, thinkers and strategists on the west coast where she will be meeting a select group at Stanford University with former US National Security Advisor H R McMaster being the host. US Defence Secretary Mattis is also part of this network.

During her visit, she will also be visiting the highly rated Defense Innovation Unit in California in a bid to link Indian defense startups with this unit which aims to explore synergies between innovative US private sector firms and the Pentagon on latest technologies.

The defense minister is expected to pitch for a presidential waiver for the S-400 contract on the ground that the deal had been in the works since much before CAATSA (Countering America’s Adversaries through Sanctions Act) came into force in August 2017. 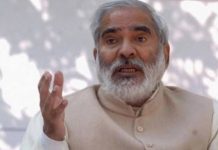 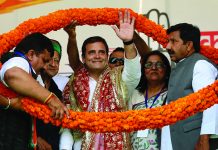