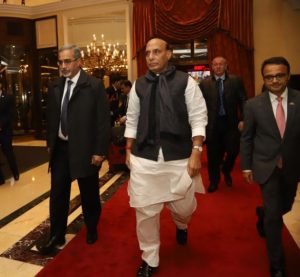 Defence Minister said, “Government of India is encouraging OEMs to partner with Indian entities making use of the ‘Make in India’ initiative. He urged the Industry leaders to make use of the significant economic reforms undertaken by the Government, under the leadership of Prime Minister Narendra Modi, to improve ease of doing business and opening up the defence manufacturing sector for foreign participation.”

“We have set up defence corridors in Uttar Pradesh and Tamil Nadu and offer attractive terms for investment. India is ready to explore opportunities and co-production of high-end defence equipment with Russia. We want collaboration with you to modernise our defence platforms by advanced and emerging technology. Indian MSMEs seek footholds in the global supply chains with support from Russian and other foreign companies,” said Rajnath Singh. He added that such industrial partnership can also address ‘After Sales Support of Equipment of Soviet or Russian origin’ already in Service with Indian Defence Forces.

Defence Minister highlighted the Intergovernmental Agreement (IGA) on Mutual Cooperation in Joint Manufacturing of Spares, Components, Aggregates and other material related to Russian or Soviet Origin Arms and Defence Equipment that was signed between India and Russia on September 4, 2019 during the 20th India-Russia Annual Summit at Vladivostok. He said, the IGA defines broad framework of cooperation for manufacturing of spares in India by way of collaboration between Indian Industry and Russian OEMs.

Rajnath Singh assured that India will provide orders for procurement of agreed quantities at mutually decided price for a period not less than five years. He expressed hope that the manufacturing under the agreement in India will lead to reduction in cost, reduction in timelines of the supplies and progressive indigenisation of spares.

“We will soon share with the Russian side the list of spares and items, proposed to be manufactured in India. I hope that Russia will identify the OEMs in the next few months who can partner in production of these spares. We are eager to see several joint industrial activities in India on the basis of the agreement in near future,” added Rajnath.

Rajnath Singh looked forward to his meeting with the Defence Minister of Russia General Sergei Shoigu on November 6, 2019, saying that he hopes to discuss mutual steps to facilitate Russian OEMs to take necessary actions for collaboration with Indian Industry. He also invited the Russian manufacturers to participate in the forthcoming DefExpo 2020, to be held in Lucknow, Uttar Pradesh from February 5-8, 2020

Rajnath Singh is accompanied by a high-level delegation, comprising senior officials of Ministry of Defence and Federation of Indian Chambers of Commerce & Industry (FICCI). 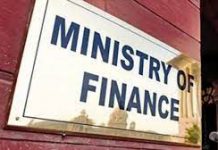 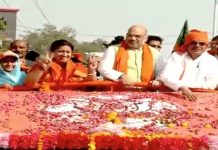