Defence Minister Rajnath Singh had a telephonic conversation with his Japanese counterpart Taro Kono on Tuesday. The Defence Minister congratulated him on behalf of the Government of India for the enthronement of the Emperor Naruhito.

Rajnath Singh also expressed deep condolences for the loss of lives and property caused due to recent Typhoon Hagibis that hit Japan earlier this month. He commended the Government of Japan for its efforts to provide relief and succor to the people affected by the typhoon.

Rajnath Singh said he looked forward to meeting the Minister of Defence of Japan during the forthcoming ASEAN Defence Ministers’ Plus Meeting in Bangkok in November 2019. 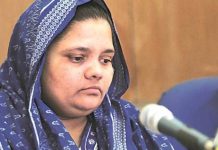