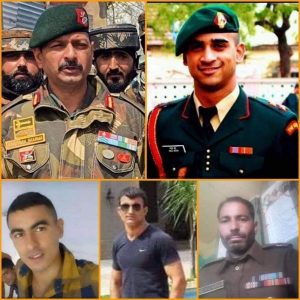 Sadly, within minutes of news confirming demise of actors Irfan Khan and Rishi Kapoor, the social media was flooded with Rest In Peace messages. There were WhatsApp statuses, facebook timeline posts, tweets, insta stories and what not..

Whereas it’s already been hours since Handwara encounter took place and we lost five of our soldiers, but I am yet to see anyone putting RIP on their social media account.  This speaks volumes of misplaced priorities of our countrymen.

The big media houses are also privy to it. They played out death story of Bollywood stars the whole day and soldiers martyrdom is just a passing news.. Public watches what’s shown to them and news channels show what the public wants to watch.. so my dear public change your watching habits, the news agencies will change accordingly..

Col Ashutosh Sharma, Maj Anuj Sood, Naik Rajesh, Lance Naik Dinesh and sub-inspector Shakeel Qazi, we along with 14.5 lakh uniformed personnel stand shoulder to shoulder with your family in this torrid time. Your soul is all which way going to heaven with or without the blessings of countrymen. You are surely resting in peace as there is no bigger sacrifice than the one you have achieved.

Dear Indians! Actors will come, entertain you, earn in crores, secure future of their family and then go away after living full life. Spare a thought for these soldiers, who are in their 20s/ 30s/ 40s and left leaving their family in shatters . We are used to the fact that it is kind of ok for them to die. In fact we have come in terms with it over all these years

Believe you me, you have lived without release of a movie for more than a month (lockdown) but won’t be able to live even for a day if soldiers are not there on the front line. Try to understand the difference between reel life and real life hero.. It’s important before it’s too late. 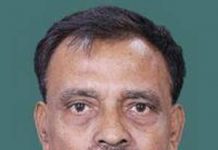