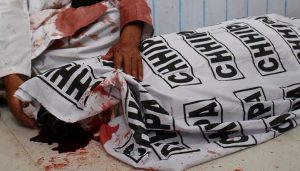 At least 130 people were killed and more than 300 injured in two separate bombings, targeting political rallies in Pakistan on Friday. This incident has created security fears ahead of the general elections on July 25.

A suicide bomber exploded in the middle of a gathering of the Balochistan Awami Party in Mastung town, killing at least 128 people, including party leader Siraj Raisani, and injuring more than 250 people.

According to the Officials, 20kg of explosives and ball bearings were used in the attack.

After few hours another attack came into light when 20 people got killed and several injured due to the hidden bomb in a motorcycle went off near a rally which was organised by Muttahida Majlis-e-Amal (MMA) candidate Akram Khan Durrani at Bannu in northwestern Khyber-Paktunkhwala province.

However Durrani survived the attack and said he would continue his campaign despite threats.

ISIS and the Pakistani Taliban claimed the responsibility for the attack.