The Central Bureau of Investigation (CBI) has initiated preliminary investigations against unknown officials of Directorate of Advertising and Visual Publicity (DAVP) and two private persons for allegedly releasing advertisements in non-existent newspapers.

The CBI probe is a grim reminder as to what our competitors have been doing over the years, while our publications have only relied on our valued readers, goodwill, reach and probity in public life to further the journalism of courage, hope and public interest. A preliminary enquiry is done to assess allegations and if prima facie crime is established an FIR is registered, officials said. “Action is in consonance with the CBI mandate of anti-corruption work,” CBI spokesperson RK Gaur had said after the checks.

As the total number of registered publications in India as on March 31, 2018 was 1,18,239 according to Office of Registrar of Newspapers for India, the preliminary probe by the CBI points out to a big scam. According to sources in the CBI, it is alleged that certain officials in the DAVP, in connivance with owners of some newspapers, which now exist only in government records as they have either stopped printing long ago or print bare minimum copies to justify their existence, released government advertisements in these newspapers. Subsequently payments for these advertisements were released to publications, leading to a loss to the exchequer.

According to CBI sources “Irregularities have been found in the placement of advertisements in these newspapers between 2016 and 2019 period. These are such newspapers which have falsely claimed to have a circulation making them eligible for government ads. They either are not printing anymore or printing just about 100 copies which are sent to government offices to make them appear as if they are still in circulation. A preliminary enquiry has been started. If further evidence is found, a regular case in the form of an FIR will be registered.” Preliminary inquires have revealed that quantum of fraud at the moment is calculated to be around Rs 65 lakh. However, since the number of publications is so large, it could be voluminous exercise to come out with exact quantum of fraud with the exchequer. Sources said that loss to exchequer could be much more in view of artificially inflated figures of circulation by many newspapers.

On August 30 last year, the CBI had carried out surprise checks across 41 cities and towns in the country involving more than 150 raids at offices of 27 different government departments. These raids were conducted in a joint operation with Vigilance Officers of concerned Government departments. Among the various departments raided at that time was also DAVP. 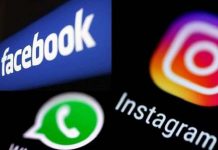 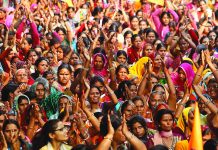