The All-India Muslim Personal Law Board (AIMPLB) recently announced that it is going to set up Darul Qazas (Muslim courts) in every district of the country. This created an uproar, with many alleging that it is an attempt to set up a parallel judicial system. A closer look into its history, mechanism and way of functioning will help in getting a clear picture.

The system of Darul Qaza, which has been in existence since the advent of Islam, was introduced in India by Mughals and was used to resolve issues and disputes involving Muslims until 1864. When Britishers came to power, they stopped appointing Qazis (equivalent to judges) to these judicial institutions. In 1921, a renowned Islamic scholar Maulana Abul Mohsin Sajjad tried to revive the practice at personal level in Bihar. In its present form in India, Darul Qaza is more like a counselling centre to resolve small disputes as it does not have any power or authority to punish the culprits. Only civil issues like marital and family disputes, issues related to property, divorce etc. are brought before it.

In recent past, a case of a property dispute came to Imarat-e-Sharia Phulwari Shareef Patna. The complainant, a Hindu, alleged that a Muslim had grabbed his property. The case was already decided in favour of the Muslim accused by the Supreme Court. Both parties were called. While hearing the case, the Qazi reminded them about the life after death, judgement day, heaven and hell, etc, adding that the culprit may escape laws of this world but will surely be punished in the hereafter. The Muslim suspect, after some time, broke down and not only admitted his crime but also revealed how he forged the will of the plaintiff’s father. He apologised to the complainant and the matter was resolved amicably.

In 2005, a Delhi-based lawyer Vishwa Lochan Madan filed a public interest litigation with a plea to ban all Sharia courts, saying they are unjust to women. In its 2014 verdict, the Supreme Court however had refrained from doing so. Interestingly, a recent study titled, “Women’s Access to Justice in Darul Qaza” by Nalsar Law University, Hyderabad, stated that more than 90 per cent complainants who approach Darul Qazas are women. Another study by sociologists Anindita Chakrabarty and Suchandra Ghosh suggested that none of the interviewed women had stated that the procedures or verdicts of Darul Qazas were gender unjust.

Reports suggest that Darul Qazas running in Bihar alone have so far resolved nearly 50,000 family disputes, and in very few cases people knocked the doors of the regular courts as these institutions amicably resolved their issues or solved their problems. Besides, the cases in Darul Qazas are resolved quickly—usually in less than a year.

These Darul Qazas, which generally resolve issues within three months, work more like Lok Adalats and counselling centres that aim to reduce the burden on the courts. The country needs more such institutions as, according to Chief Justice Dipak Misra, the courts are facing the backlog of around 3.3 crore cases. While 2.84 crore cases are pending in the subordinate courts, the backlog clogging the High Courts and Supreme Court (SC) is 43 lakh and 57,987 cases, respectively. According to National Judicial Data Grid (NJDG), the five states which account for the highest pendency are Uttar Pradesh (61.58 lakh), Maharashtra (33.22 lakh), West Bengal (17.59 lakh), Bihar (16.58 lakh) and Gujarat (16.45 lakh).

More Darul Qaza like institutions should be allowed to come up to resolve petty issues. This will give more time to courts to ponder on cases involving Indian Penal Code and other important litigations related to general masses. 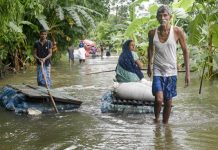 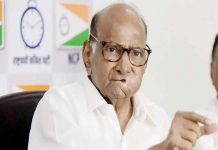