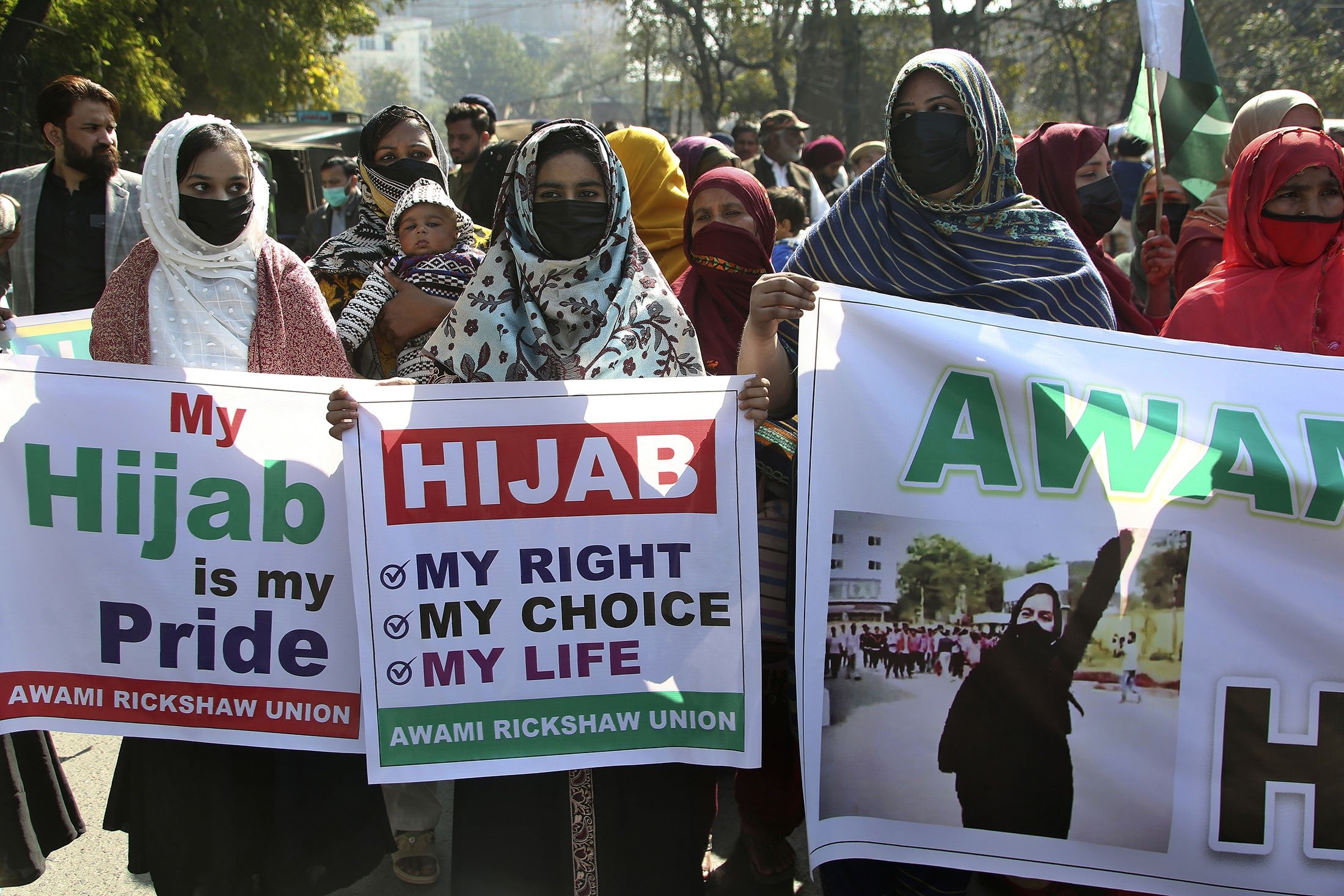 The recent poll results coming in from the five states are worrying as Right-Wing agenda seems to be holding sway. We could be witnessing further setbacks for the disadvantaged segments

It would be an understatement to say we are living in turbulent times. Yes, we are…compounding the tragedy is the fact that the darkness is not fading away, nor dimming. On the contrary, the dark shades are only getting darker by the day.

The recent election results coming in from the five States of the country –   Uttar Pradesh, Punjab, Uttarakhand, Goa, Manipur – can be termed more than worrying as Right-Wing agenda seems to be holding sway. That, in turn, relays that we could be witnessing further setbacks for the disadvantaged segments and the minority communities. Apprehensions and fears and worries are surmounting because Right-wing rule at the Centre has only dragged along worse forms of violence and lynching incidents.

The minority communities are sitting all too subdued and quiet because they have been witness to horrifying incidents of anarchy; where communities were made to indulge in sheer communal hate-filled violence; targeted killings and stabbing. They are fearful of the political mafia on the prowl and also the biased attitude of those manning the very system.

Violence has only been spreading out in these last eight years.Not to be overlooked is the fact that the lynching of Mohammad Akhlaq in Uttar Pradesh’s Dadri had paved way for many more barbaric killings. News reports of lynching had come in, from several locales — from the outlying areas of Delhi and  the  highways of Rajasthan, to the rural  stretches of  Haryana’s Mewat region, to  the  interiors of Jharkhand, where at least two Muslim cattle traders were killed and their  bodies  hung  from  trees! One of the victims was a very young boy. He was killed and hung out there in the open, yet we sat all too quiet! No cries or those tears from any of the rulers!

In the autumn of 2016, Muslim men were not just thrashed but forced to eat cow dung and drink cow urine. Mind you, that incident didn’t take place in some jungle land but in Haryana’s district Faridabad, on the outskirts of the capital city, New Delhi. And during the summer of 2017, we saw the blatant killing of 16 year old Muhammad Junaid, on the train taking him and his brothers to their village in Haryana’s Ballabhgarh. He was killed right inside the train compartment, by fellow passengers, with ‘beef eater’ taunts hurled on his fractured skull.

And weeks after the Modi government took charge the second time, in the summer of 2019,  blatant attacks on the  Muslims only accelerated. The most blatant was the killing of the 24-year-old Muslim man, Tabrez Ansari, in Jharkhand. An orphan, he was visiting his ancestral village to get married but  before he could get back  to his place of work, Pune, he was lynched by a  mob of Right-Wing goons, after forcing  him to chant  ‘Jai Shri  Ram…Jai Shri Hanuman’ slogans. Tying him to an electric pole, they beat him the entire night. Even when the police came on the scene, instead of shifting Tabrez to the nearest hospital, they threw him into a prison hell–hole. Not just that, they did not arrest any of the Hindutva goons who assaulted Tabrez. It is only much later, after Tabrez was declared dead and videos of those goons thrashing him went viral, that those typical reactions did the rounds.

There was no lessening of communal attacks even after that brutal killing of Tabrez Ansari. Muslim men were forced to chant Hindutva slogans. Mind you, even after they chanted those slogans, where was that basic guarantee of their survival? After all, in those videos, Tabrez could be heard chanting ‘Jai Shri Ram…’ yet he was beaten to death!

Starker and more brutal the violent attacks from 2017 onwards… If you’d recall as the winter had peaked in 2019, students and activists and academics protested against the CAA-NRC- NPR. Making it absolutely clear that they do not trust this government’s divisive communal policies and fascist moves. Those hapless un-armed and non-violent protestors were not just hounded and hit by the police force but subjected to brutal forms of torture and abuse.

And at the start of 2020, saw the targeted killings of Muslims, in North East Delhi. And as the pogrom peaked, so did reports of killings and carnage. More than writ large the role of the communal brigades backed by the political mafia. Apparent the tilts and biases in the very system. Hitting, those stark scenes of brutal violence and unwarranted detentions and arrests. Relays of fear and the connected aftermath more than writ large.

As that year rolled by and merged into another year, 2021, more disasters awaited as the communal virus got compounded by the Corona virus. It dragged along with it darker realities of the day. With the police-wallahs overtaking all possible roles. The political rulers of the day stood completely exposed. To have suddenly announced lockdown, without even the basic level of preparedness, was akin to dictating: from that hour onwards, no food and water and shelter! With that sudden announcement, our migrant workers and daily-wagers and labourers were subjected to the worst forms of abuse  — sprayed upon by poisonous chemical sprays,  they kept walking hungry and weary and forlorn, only to be blatantly humiliated and thrashed by the lathi-yielding constables. Nah, one cannot never ever forget the absolute helplessness of the hapless migrant workers and labourers; their entire families fleeing from here to there. The way the sarkar of the day treated the masses, brutally and shabbily, was frightening to say the least.

Today, at the start of 2022, it now seems to be turn of the Muslim women to get harassed and hounded. They are not just getting targeted for covering their head but even bullied and forced to return from their educational institutions! We are depriving them of the basic fundamental right to education. Pushing them into some level of oblivion. What lies ahead for them, when even the right to education seems snatched!

The ‘hijab controversy’ is turning out to be a dangerous situation, where the basic democratic rights of the citizens are getting subjected to the various forms of attack. Where it gets writ large that the entire controversy seemed well planned to divert attention from the disasters confronting us all; from the failed economy to failed infrastructures to failed governance.