Hundreds of security personnel have been deployed across Punjab on April 2 ahead of Bharat bandh called by Dalit groups, objecting to Supreme Court ruling diluting the SC/ST Prevention of Atrocities Act.

Internet services have already been suspended in the state and schools and colleges will also be closed on April 2, as per reports. Shops and other establishments will also remain closed.

The final practical examinations of Class 10 and 12 of Punjab School Education Board has been postponed to April 11, as per reports.

Passengers will also face inconvenience as public transportation has been shut down in Punjab. While PRTC buses will not be plying from the Mohali bus stand, CTU buses too will not go to Mohali and other parts of Punjab, said CTU director Amit Talwar.

Mohali deputy commissioner Gurpreet Kaur Sapra said, “I also request people not to pay heed to rumours. They should immediately inform police or administrative officials if they find anything suspicious.”

According to reports, around 2,000 cops will be on duty in Chandigarh and 1,000 in Panchkula. UT home secretary Anurag Aggarwal said the administration has decided not to suspend internet services or close schools and colleges, but adequate arrangements have been made in the wake of nationwide protests.

In another incident, some protesters in Uttar Pradesh’s Meerut and Jharkhand’s capital city Ranchi turned violent. While, life in Mumbai remains undisturbed so far amid the nationwide Bharat bandh. 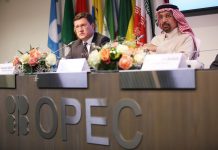