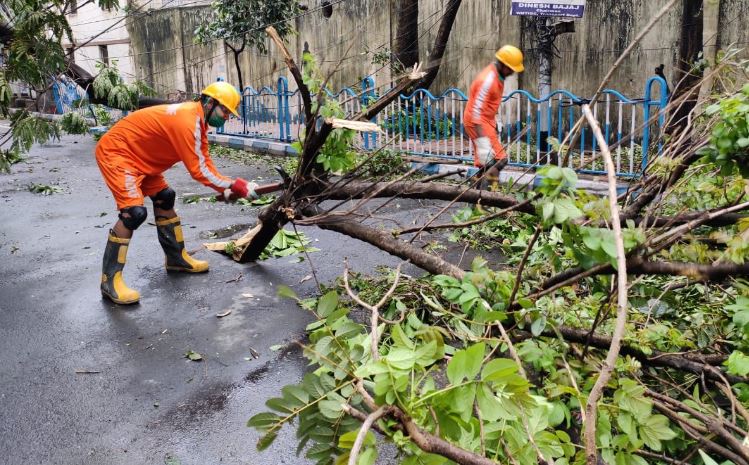 Cyclone ‘Amphan’, one of the worst storms, made landfall in West Bengal and Odisha causing widespread destruction. At least 12 people were killed in West Bengal, Chief Minister Mamata Banerjee said on Wednesday.

Kolkata airport was flooded as the cyclonic storm devasted Bengal after it made landfall yesterday,

Thousands of houses were blown away, trees uprooted and waterlogging in several parts of Kolkata due to the cyclonic storm.

Kolkata has suffered from massive damages to buildings including some reports of structures being collapsed.

Expressing concerns, West Bengal Governor Jagdeep Dhankhar in a tweet said, “I am distressed at the loss of lives and property #Amphan. Was in constant touch with agencies for last few days. Their commitment has minimised damage. It has left behind a trail of destruction. Worst since decades. All need to come forward for massive relief work”.

As per the India Meteorological Department (IMD), the cyclone is likely to weaken into a deep depression during the next 3 hours.

“Cyclonic Storm ‘AMPHAN’ lay over Bangladesh at 0530 hrs IST of today. To weakened into a Deep Depression during next 3 hrs,” IMD tweeted.

Vice President M Venkaiah Naidu said he was deeply anguished by the loss of lives and devastation caused to crops and public and private properties by Amphan cyclone in West Bengal and Odisha.

“My appreciation to the State administrations for timely evacuation of lakhs of people to safer places and undertaking rescue & relief operations in coordination with the central NDRF teams in the affected areas. My condolences to bereaved families,” he said. 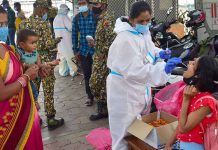