Prakash Ambedkar, National President of Bharip Bahujan Mahasangh and grandson of Dr B R Ambedkar, who has become the new face of Dalit politics and has been at the centre of controversy surrounding the Bhima-Koregaon clashes, speaks to Manmohan Singh Naula

edited Excerpts from an interview •

Allegations have been levelled against you, that you put the state in a tensed situation by announcing Maharashtra Bandh on January 3 which fuelled violence and deteriorated the situation.

No, it’s false. The Maharashtra Bandh was a collective decision of all of us. It was a reaction against the cowardly assault on innocent people. The bandh defused the quantum of tension as the situation might have worsened, but it was moderated by the bandh.

Talking about the law and order situation, I would remind you that when the nuisance and violence was started in Bhima-Koregaon, our people maintained patience. I would question the role of the rural police; why did the police continue to be a mute spectator at the time of violence? If the local police had taken precautionary measures, the situation would have been different. We have received inputs that the local police had already received information that people coming to Bhima-Koregaon can be targeted on January 1 as the conspiracy was being hatched several days ago. There was a rage and fury on social media against the program of January 1. The boycott was distributed.

The area where shops, hotels were always open to us, were closed as pamphlets were circulated. Even police’s local intelligence network cannot be so weak. Police know about possible precautionary measures if two-and-a-half lakh people are expected to come. It is regretted that our pain and hardship has remained unreported. Even a section of the media, electronic and print both, have been trying to raise fingers at us. Moreover, the police is targeting our people in its actions as even 15-16 years-old children have been detained by the police.

Who is the culprit in your views?
There are some people who are taking undue advantage of the circumstances in the name of Hindutva. These people are spreading poison in people’s minds by misusing Hindutva organizations. They have been working on the sole agenda of destroying the unity and integrity of society. There is no conflict between the Marathas and the Dalits. Even several Maratha organizations have opposed whatever happened.

This is a crooked move of people with distorted mindsets who believe in Brahminical domination and ideologies. Even the ruling BJP, which is running on the sole agenda of Hindutva today, and its parent organization RSS, has been helping them indirectly, but certainly one day they will emerge as a major challenge for them. The BJP and Sangh Parivar will have to face though situation for the existence of such elements.

In my views, it is a Hindu terrorist organization. Pakistan has been struggling with it’s nurtured terrorism in its own home today. It converted from unrest in the country and the whole neighbouring nation is today facing boycott in the world. The same situation can emerge in India also if the situation is not controlled at the right time. Sambhaji Bhide, who has been running a Hindu outfit namely Shiv Pratishthan in Sangli, and Milind Ekbote, who has also been running a Hindu organization called Samast Hindu Aghadi, are behind the planning of the violence.

CM Fadnavis has ordered a fair and impartial inquiry…

We have demanded from Chief Minister Devendra Fadnavis that any kind of injustice should not be done against our people and he has give assurance for the same. We trust the government… but the two people who are mainly responsible for whatever happened are roaming freely and comfortably. Surprisingly, Dalits are being held and security is given to Sambhaji, and Ekbote is walking freely. 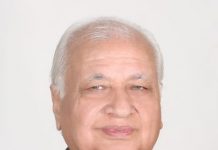