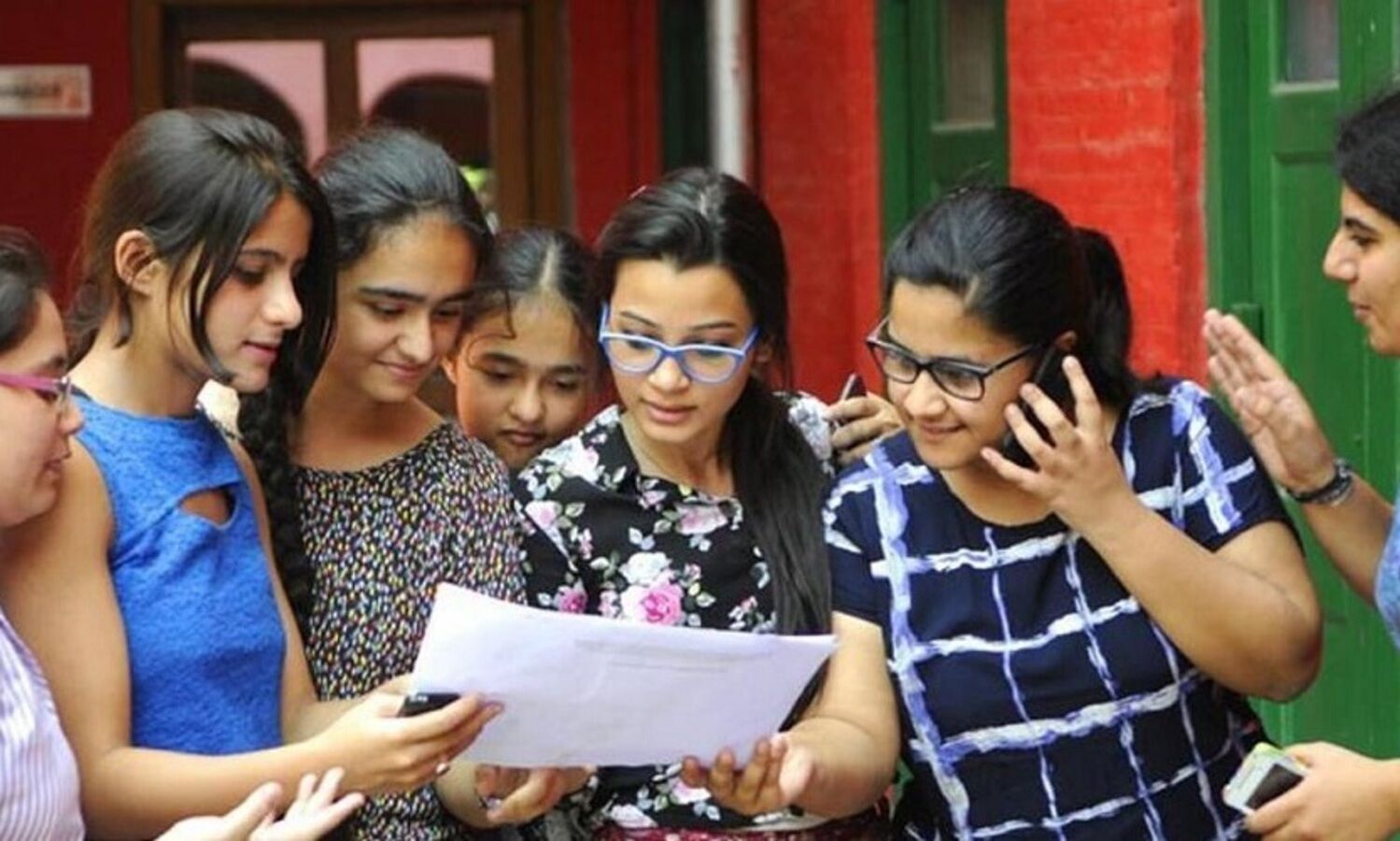 The Common University Entrance Test (CUET), introduced by the UGC for admission to UG courses, is perceived as a big blow to the CBSE and other state education boards. It is feared that the new system will totally negate the role of school education, writes Amitabh Srivastva

When we were in school, we used to play a game called ‘Hop Stop and Jump.’ But then was victory!

But the 14 lakh children who took their Class XII CBSE exams and thousands of others appearing for the 2300 schools offering the Council for the Indian School Certificate Examinations in India and abroad, thousands others from the various state boards holding their own exams who side-stepped, jumped over or took a bye pass from one problem to another in the last two years are not so lucky.

As if the unending trauma that saw school children trying to return to normalcy after a traumatic two-year layoff with online classes, offline attendance, abbreviated courses, objective questions changed to long answers, clearing boards without exams and some through offline exams, last minute confusion of children without vaccinations not being allowed to take exams suddenly face a vacuum as they are told that their exams results don’t matter. Not five per cent. Not even one per cent.

In order to get into the 45 Central Universities in the country they have to clear yet another test in the form of the Common University Test (CUET) whatever stream they want to get into, Science, Humanities or the most in demand Commerce.

As we are all aware the trigger for this was the cries of  ‘Marks Jihad’ raised by a political science teacher in the Kirorimal College of Delhi University last year because more than 300 students from Kerala had applied for admission to Delhi University with scores of 100 percent in various subjects in 2021.

Instead of crediting them for working hard this led to a tricky situation where colleges were forced to take as many students who had applied because they had all scored  100 per cent marks even though they did not have as many seats and teachers to tackle the rush.

Many BJP leaders had then alleged that the Kerala State Board had manipulated the marks of their State Boards which had created this problem, especially in DU.

But the charge of different states giving higher marks is not a new issue in DU which considers itself as one of the topmost University of the country. This hype for DU is no myth. The Education Ministry’s own ranking puts many colleges of DU including Hindu, St. Stephen, Miranda House, Sri Ram College of Commerce and Lady Sri Ram College in  particular as the best colleges for Arts, Commerce and Humanities in the country.

The pressure to get into DU has always been an issue that different administrators have dealt with it in different ways. If it is about Kerala Board giving higher marks today it was about Bihar not so long back.

We have also seen the embarrassing spectacle of a Bihar Board topper Ruby Rai exposed by TV channels for which she was even jailed which was a bit too much, say child rights activists.

However, earlier this principle of competitive exams was applicable only to those who wanted to get into specialised professional courses like engineering and medical education.

But now the National Testing Agency (NTA) which has been set up to conduct the CUET exams says that now admissions to all subjects across the board will be through CUET which will be conducted in 13 languages.

Many feel that admissions to DU is just an excuse to hit at the real targets, the minority institutions and the JNU which had their own system of admissions for so many years which have been working perfectly well.

But before introducing the new system the MoE ensured that they had a pliable VC in place in JNU, Dr. Santishree D Pandit, who would blindly follow the dictates of the new regime in place.

Aligarh Muslim University tried to resist the new system by saying that it would follow the CUET system for most admissions but would reserve 15 per cent admissions through its own system. But it was told to fall in line.

In Delhi, the elite St. Stephens College which always follows its own time-table for admissions has been asking for 15 per cent admissions through interviews but has been told to follow the new system.

School principals are not so vocal about voicing their thoughts now but they are the most hurt because the new system totally negates the role of school education.

Sriram Oberoi, a retired teacher of DU and a former DUTA president was the first to bring out these fears through his posts on the social media like Facebook.

He wrote, “UGC decision to make CUET mandatory for admission to UG courses will be a big blow to the CBSE (which has worked very well for also many decades) and other State Education Boards. Their decision shows the high handedness of the New Education Policy (NEP) propagated by the present rulers. Such centralised test conducted by NTA is against the basic spirit of Indian federalism. CBSE came into existence by a Parliament Act and State Educational Boards were also constituted by relevant Acts passed by state assemblies… The NTA has not been created by parliament. It was constituted by the present government simply through a notification.”

He argues that the new system totally ignores the marks scored by children in their board exams which means that parents and children would not be bothered for the senior secondary classes and exams. They would rather engage tutors or private coaching centres to prepare their kids for CUET test. This is going to lead to privatisation and corporatisation of higher education, alleged  Oberoi.

Surprisingly, the first to welcome the CUET was Delhi Education Minister Manish Sisodia who agreed with the BJP that marks were manipulated by the State Boards (‘marks Jehad’).

Welcoming the CUET, Manish Sisodia said, “For us this is a very positive move. The competence of children in Delhi is not less than anyone else but somehow, many state boards tweak their students’ marks in the name of rescaling…now a child would be able to take admissions somewhere or the other based on their competence.”

All Delhi government schools except 31 of its Schools of Specialised Excellence are affiliated to the New Delhi Board of School Education.

Allaying the fears of students and school teachers, the UGC Chairperson, Prof Manidala Jagdesh Kumar has been telling the media that this competition will not be tough like that for IITs where the competition ratio is 1:50 but for the 45 Colleges where the chance of admissions is 1:15.

He had also clarified that the entrance test will be based strictly on the level of subjects taught in NCERT books for Class XII and fears of the need for extra coaching classes are exaggerated.

But contrary to his grandiose explanations, coaching institutes for training to clear the CUET have already sprung up.

Chaitanya, an MBA from Kolkata, who is now coaching students for MBA with a prestigious centre, says, “I agree that coaching centres have opened up for preparing for CUET. This is the first time the system has been introduced and I don’t know how this will work out. But yes there was always a problem in admissions to Delhi University where about 70 to 80 per cent students from outside (Bihar etc) were getting in while students of Delhi were getting a raw deal. This will introduce a level playing field for everyone. I remember the DU had also introduced an entrance test for admission to English (Hons) a few years ago but this had to be scrapped under political pressure.”

But at the same time, he clarified that it would be wrong to say that Board exam results will not be relevant at all.

When a student is selected for an MBA course his/her Xth and XIIth mark sheets will have a lot of weightage, he pointed out.

Nawal Sharma, Head of the Prudential Education Academy in Indirapuram, Ghaziabad, who teaches Accountancy, says, “Although we are not into this CUET coaching business I feel it is important to sharpen one’s skills if one wants to excel. Some students can compete without coaching but a majority do need it. There are also differences in the courses being taught in different states. For instance in Bihar, West Bengal, UP Boards, the children have to clear both the Class XI and Class XII course for their Boards but in CBSE they are done with Class XI and have to only take the course for Class XII. Hence a CUET exam will bring all at par.”

Surprisingly, opinion among school teachers on totally ignoring the board results is also sharply divided.

Even though most took this is as a personal insult to their hard work and talent, a former teacher from a prestigious school in Aligarh who spent 40 years in the profession told us,”I don’t trust the school results at all. Let me inform you that Sandeep Singh, grandson of former CM Kalyan Singh had failed in all subjects except Hindi in my school and we were under pressure to promote him but we refused. Later we were shocked to know that he finally got into one of the DPS schools and today he is a Minister in UP. But I am sure he cannot look me in the eye if we ever come face to face. So we welcome this step because it would at least  introduce some uniformity and standards in schools across the country.”

He is today Minister for Basic Education Minister in Uttar Pradesh. This is a promotion as in the earlier ministry he was minister for Primary Education, Finance and medical education.

Obviously, there are many others who are more willing to give the new system a chance. Talking about CUET, Vijay Jolly, senior BJP leader and former DUSU President says, “Without getting much into details, my first instinctive reaction is that if a new system is being introduced where admissions will be given on merit list prepared nationally, why not? Let’s welcome it. As former president of Delhi University Students Union and having travelled across 71 countries, I feel we must give the new system a chance because there were many fallacies in the earlier system and if this does not work, we can change it.”

Undeterred by these controversies and fears, the UGC is marching ahead with an ambition to implement it in more and more institutes.

UGC Chairman Prof M. Jagadesh Kumar has been discussing the prospects of further expanding its scope with the Vice Chancellors of various state level universities.

This includes not only state-level universities, but organisations like the Tata University of Social Science, Mumbai, and Gurukul Kangri, Haridwar, who have shown interest in being a part of CUET during discussions with the UGC, says a hand out of the UGC.

And to further expand its net the CUET plans to hold two examinations for this from 2023, it tells the hopefuls.

All the planning for future is OK. One only hopes they don’t turn every city into Kota. 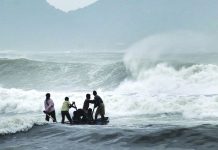