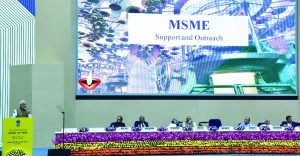 In the run-up to the general election next year, the Centre has announced an important initiative or credit stimulus package for micro, small, and medium enterprises (MSMEs) sector. The government has finally thought of the small industry, which has been the engine of growth for the country for several decades. They are India’s second-largest job creators. About 65 million MSMEs account for about 120 million jobs while about 30 per cent of the country’s economic output comes from MSMEs.

The 12 initiatives include 59-minute loan portal to enable easy access to credit for MSMEs, mandatory 25 percent procurement from MSMEs by CPSEs and an Ordinance for simplifying procedures for minor offences under Companies Act

It is worth noting that MSMEs, which account for 30 per cent of India’s gross domestic product (GDP). Little doubt that the Prime Minister, Narendra Modi has launched support and outreach programme for the Micro, Small and Medium Enterprises (MSME) sector. As part of this programme, the Prime Minister has unveiled 12 key initiatives, which will help the growth, expansion and facilitation of MSMEs across the country. The MSMEs are one of the principal employment generators in India, and the glorious Indian traditions of small-scale industry, including Ludhiana’s hosiery, and Varanasi’s sarees are before anyone to see.

There are five key aspects for facilitating the MSME sector. These include access to credit, access to market, technology up gradation, ease of doing business, and a sense of security for employees. The Prime Minister described the initiatives as a Diwali gift for the sector and the 12 announcements address each of these five categories. Among the many sops doled out under the new scheme include access to credit, markets and technology to upgradation.

The first announcement, is the launch of the 59 minute loan portal to enable easy access to credit for MSMEs. Under this, loans upto 1 crore can be granted in-principle approval through this portal, in just 59 minutes. A link to this portal  is likely to be made available through the GST portal. Idea is that no one should be compelled to visit a bank branch repeatedly.

The second announcement pertains to a 2 percent interest subvention for all GST registered MSMEs, on fresh or incremental loans. For exporters who receive loans in the pre-shipment
and post-shipment period, the Prime Minister announced an increase in interest rebate from 3 percent to 5 percent.

The third announcement made by the Prime Minister was that all companies with a turnover more than 500 crore, must now compulsorily be brought on the Trade Receivables e-Discounting System (TReDS). He said that joining this portal will enable entrepreneurs to access credit from banks, based ontheir upcoming receivables. This will resolve their problems of cash cycle.

It is learnt that more than 1.5 lakh suppliers have now registered with GeM, out of which 40,000 are MSMEs. He said transactions worth more than 14,000 crore have been made so far through GeM. He said the sixth announcement is that all public sector undertakings of the Union Government must now compulsorily be a part of GeM. He said they should also get all their vendors registered on GeM.

On Ease of Doing Business, the eighth announcement is related to pharma companies. He said clusters will be formed of pharma MSMEs. As per the initiative, 70 percent cost of establishing these clusters will be borne by the Union Government. The Prime Minister claimed that the success of economic reforms launched by the Union Government, can be gauged from the rise in India’s “Ease of Doing Business Rankings,” from 142 to 77 in four years. The ninth announcement is on simplification of government procedures. The return under 8 labour laws and 10 Union regulations must now be filed only once a year. The 10th announcement is that now the establishments to be visited by an Inspector will be decided through a computerised random allotment.

As part of establishing a unit, an entrepreneur needs two clearances namely, environmental clearance and consent to establish. The eleventh announcement is that under air pollution and water pollution laws, now both these have been merged as a single consent. The return will be accepted through self-certification.

As the twelfth announcement, an Ordinance has been brought, under which, for minor violations under the Companies Act, the entrepreneur will no longer have to approach the Courts, but can correct them through simple procedures.

As far as social security for the MSME sector employees is concerned, a mission will be launched to ensure that they have Jan Dhan Accounts, provident fund and insurance.  These decisions are expected to go a long way in strengthening the MSME sector in India. The government has made it clear that the implementation of this outreach programme will be intensively monitored over the next 100 days.

On paper the scheme looks good but it has the risk of misallocation of productive economic resources and credit.  Small businesses also demand access to land at competitive rates, lower power tariff, easier rules for inter-state business and direct and indirect tax breaks.  However, the initiatives announced are enough to instill a feel-good factor in the run-up to elections. Aggressive lending can also have wrong consequences. Future would tell whether it is good politics and bad economics or bad economics but good politics. 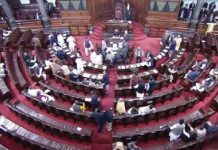 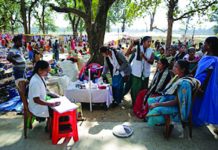