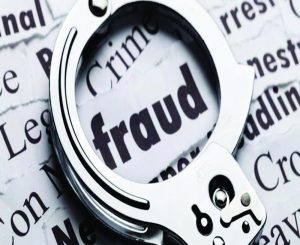 The decline in Income Tax and Corporate Tax collections this fiscal ending March 31, 2020 has prompted the Central Board of Direct Taxes to launch a crack down on the directors of shell companies that are not accessible.

In a related measure, the CBDT may tighten the noose in case of over 40,000 pending cases for recovery, which amount to more than 5 lakh crores. The CBDT also expected these cases to give a large amount in taxes. The CBDT also proposed a crackdown on the Directors of shell of companies that are not accessible and recover tax.

The CBDT will also identify companies that have discrepancies in the payment of Good and Service Tax and Income Tax, and taking 20 percent of this amount from those companies whose appeals are pending at the Commissioner level. Currently, appeals worth around 3.6 lakh crores are pending at the CIT level, from which 20 percent of the money will directed go to the tax collection collections.

The information came to light during a video-conference that the CBDT Chairman, P.C.Modi held with the chief commissioners of Income Tax recently.  The conference was held in the wake of decline in Income Tax and Corporate Tax collections in the current fiscal ending March 2020. The CBDT  has also laid down the criteria for 11 high risk cases that will be shared with the Commissioners soon. These should be high cash deposits and withdrawals, returns in IT and GST, discrepancies in import-export data, discrepancies in the buying and selling of immovable properties, and discrepancies in the data of custom and financial intelligence unit inputs.

Significantly, the corporate and income tax collection for the current year is likely to fall for the first time in at least two decades all thanks to decline in economic growth and huge Income Tax refunds of about 1.7 lakh crores.  In view of this, the government may not be able to achieve its direct tax mop up of 13.5 trillion for the financial year ending March 31, 2020.

This prompted the CBDT Chairman to say that a shortfall in tax collections is not negotiable despite a cut in the corporate tax rate, and that this short fall of Rs 1.36 lakh crores has to be recovered with extra efforts. The board of the Central Board of Direct Tax (CBDT), after not being satisfied with current pace of tax collection, laid out a strategy for improvement, and set a target for carrying out tax surveys for respective regions.

In another related development, the 2nd National GST Conference of the Commissioners of State Tax and Chief Commissioners of Central Tax was held on January 7 under the chairmanship of Dr Ajay Bhushan Pandey, Revenue Secretary, Ministry of Finance to brainstorm to build synergy and to share knowledge and best practices with intent to bring about uniformity in tax administrations.  During the Conference, deliberations were held on a mechanism and machinery for disseminating inter-departmental data among various agencies like GSTC, CBDT, CBIC, FIU, DoR, DGGI and State Tax Administrations etc. in order to achieve efficiency in curbing evasion and augment revenue collection.

The Commissioner (Investigation), CBIC presented an overview of fake/fraudulent ITC; DG, DRI, presented few novel cases unearthed by them, including a case having Pan-India operation and methodology to curb misuse of refund of ITC/IGST; DG, ARM, presented use of data analytics, artificial intelligence and machine learning for early identification of fraudulent practices needing enforcement action to bring a focused approach to the evaders without bringing inconvenience to the genuine taxpayers. CBDT and FIU-India made presentations on exchange of data and disseminating STR for curbing evasion.

GST policy Wing, CBIC, presented ways to bridge the compliance gap and enhancing revenue, which would result in recovering unmatched credit, reviewing refunds, management of non-filers, reporting of electronic invoice to GST system and comprehensive and coordinated audit. Insiders at the meeting told that it was decided to constitute a Committee of Centre and State officers to examine and implement quick measures in a given time frame to curb fraudulent refund claims including the inverted tax structure refund claims and evasion of GST. Considering fraudulent IGST refund claims, it was explored to link foreign exchange remittances with IGST refund for risky and new exporter. It was also decided that all major cases of fake Input Tax Credit, export/import fraud and fraudulent refunds shall also be compulsorily investigated by investigation wing of the Income Tax Department.

A memorandum of understanding would be signed among CBDT, CBIC and GSTN to exchange data through API, from CBDT to GSTN and CBIC and vice-versa. It was decided that this data should be shared on quarterly basis, instead of being shared on yearly basis. It was also decided to explore access to banking transactions including the bank account details by GST system, in consultation with RBI and NPCI. Suggestions were also received to make GST system aligned with FIU for the purpose of getting bank account details and transactions and also PAN based banking transaction. Another decision related to sharing data of cases involving evasion and fraudulent refund detected by CBIC with CBDT and vice versa, so that proper profiling of these fraudsters could also be done.  It was also suggested to provide a single bank account for foreign remittance receipt and refund disbursement. A self-assessment declaration to be prescribed by suitable amendments in GSTR Forms in case of closure of businesses and to undertake verification of unmatched Input Tax Credit availed by taxpayers.

In the meanwhile, it was learnt that the CBDT has also identified 20,000 cases to carry out a general survey. Every region will carry out two surveys per week till March end.  The reason is decline in tax collection. The tax department had managed to collect only 7.3 trillion rupees as of January 23, 2020. The total tax collection by January 23, 2020 is at least 5.5 per cent below the amount collected during the same period in 2019. 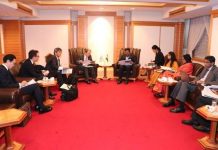