The Committee to Protect Journalists (CPJ) has written to Jammu and Kashmir Governor Satya Pal Malik to drop all legal proceedings against Kashmiri journalist Asif Sultan and release him. Sultan is undergoing detention since August 27.

“Sultan, a journalist with the Kashmir Narrator, has been falsely accused under the Unlawful Activities (Prevention) Act. His name was included in a First Information Report filed after a gunfight in Batamaloo on August 12, and he has been accused of having contact with and promoting militants. His editor and family have credibly disputed these claims and say his work was strictly that of a journalist gathering news. No charge sheet has been filed,” CJP’s Asian Program Coordinator Steven Butler, says in the letter which has also been sent to Home Minister Rajnath Singh.

“We understand that Jammu and Kashmir is facing a difficult situation, but CPJ would like to stress that interviewing or having sources who are critical of the government is within the scope of a journalists’ job and does not implicate them in a crime. Reporting on an important and newsworthy story such as the conflict in Kashmir is a public service, not a criminal act,”  the letter further reads. .

The immediate trigger for Sultan’s arrest was said to be the cover story on the slain militant commander Burhan Wani that he had written for his magazine in July.

Police had also seized his laptop and phone claiming to have seized “incriminating material” at Sultan’s home which established his complicity in “harbouring known terrorists”. Police also accused him of “glorifying” militancy through his news reports.

But for the journalists in Valley, Sultan’s arrest is a part of the pattern. Over the past two years, Sultan is the third journalist who has been picked up by the law enforcement agencies for their objections to their work.  Earlier, it were Kamran Yusuf and Auqib Javeed who were questioned by National Investigative Agency. 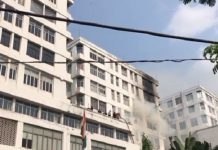