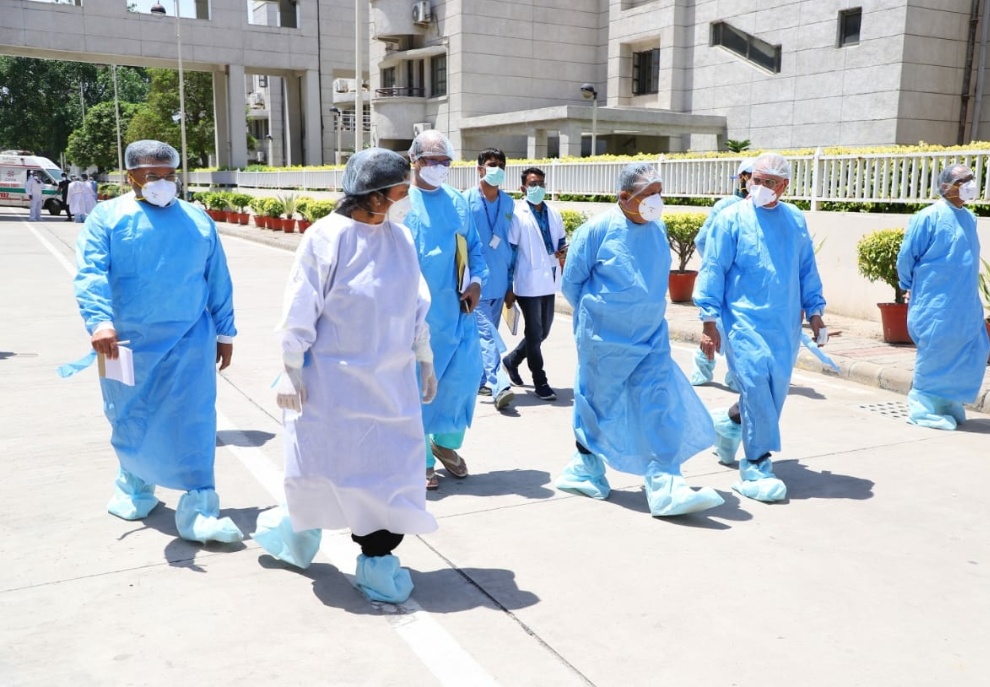 China dumped sub-standard testing kits , already India is testing lowest in the world , in Germany they tested both symptomatic and asymptomatic , identify, isolate and treat them at early stage. Truly speaking our hospitals due to lack of facilities until they find perceptibly visible symptoms , they don’t test and suggest patients with mild symptoms and turn suggest the patients to go home and self-quarantine, In India those infected are largely on an average in age group of 14-49 years and over 60% are being found asymptomatic who are potential career to infect others.

Germany tested 150,000/ per week isolated and treated them at early stage ,hospitalised those with minimum symptoms and even those found asymptomatic with little viral load with the result those who might not needed respiratory help , were given that , finally very less number of people could go to third stage of heavy viral load that is the stage when patient with heavy viral load get critical and need ventilators , Germany by isolating , and treating at early stage kept mortality rate exceptionally low in the entire Europe and world.

If we don’t step up tests ,we shall never get correct data , lockdown can stop spread in the community for a period but until we test in large numbers following random and snowballing sampling , and treat both symptomatic and asymptomatic , war against virus may not be won early. India has demographic advantages unlike Europe, where aging population is very high in percentage and population median age is in between 41-44 years, India has 29 years as median age , we have youth population More than 50% between 14-49 years of age , so as we see two features all those found infected are majority in youth are less vulnerable and in death figures those who died majority are over 55-60 years in age , eventually India will succeed in keeping mortality rate maximum of 2% , besides since reverse migration has happened we goofed up at initial stage.

Age advantage and also our poor workers, labourers stuck up are in majority in their youth and since they come from rural and slum area ,they develop what is called ‘ Herd Immunity ‘ to them social distancing don’t matter as much as middle class and upper middle class people so they may die with hunger much more than corona harming them, we see them lining up waiting for food for hours at times 60/70% only get food and line up in toilets in hundreds , as in other disasters ,poor get hit hard, They are the ones who suffer secondary and tertiary victimisation like in any other disasters. there is a need to open up allocation for these poor even by expanding deficit and by providing big stimulus say 3-4% of the GDP to save the working class whose role shall be crucial to revive Indian economy when lockdown is over and many MSMEs, and industries such as construction, transport, packaging, will not easily find them to join back at work so early, Decision of RBI to release funds to NABARD, Nation Housing Bank , and other National financial institutions are right steps so they they finance NBFCs,MSMEs , rural lending to farmers and food processing units , factories producing essentials, packaging etc .

What government required to do is to divert sanctioned budgets leaving the core sectors, under defence Railways, Energy sectors , Road constructions Insurance other heads& other funds under many #PM schemes such as Swach Bharat , Ganga cleanings etc can easily be diverted to build up strong medical infrastructure to fight Corvid-19 by an ordinance money locked up in many trusts too be used to feed poorer either they hold ration card or not , Instead of 500 a family minimum 5000 each family by direct transfers is required, deficit may be expanded to feed the poor laid off daily wage earners , ration quantity from fair price shops may be increased to both land owning marginal and landless farmers , lockdown may be withdrawn in phases , production of essentials , and other core sectors , labour intensive units may be started in less infected areas, curfew in containment area may be enforced more strictly , it must be mandatory for those going out must maintain social distancing besides wearing masks preferably hand made three layered usable masks since the is a debate in public discourse globally that high mask wearing counties such a s Czech republic and Slovakia , Austria and South Korea doing better than low masks wearing countries such as UK, Italy, France, Spain and USA, government can acquire many Hotels as UP did to use them as isolation wards, best facilities ,PPE, gown, goggle etc , over time to corona fighters first responders such S doctors , paramedics and local police , testing of both asymptomatic and symptomatic be stepped up on patterns of Germany & South Korea.

So far as supply chain to be maintained , it is equally important that elderly , sick people get essentials delivered to their homes to ensure social distancing at the same time ensuring their needs . E- commerce can play an important roles by leveraging the technology to keep supply chain seamlessly functioning to minimise the movement of individuals , there should be no restrictions on movement of essentials grocery, medicines , fruits, meat, fish , sanitary napkins, for females to maintain hygiene. More so, e – commerce can facilitate good coordination between local FMCG enterprises and traditional so called Kirana outlets, local retail outlets and can help maintain jobs if not creating new jobs.

*Dr Parvez Hayat, IPS, PhD, in Disaster Management, has been posted at centre as ADGP BPR&D, MHA.  These are his personal views.* 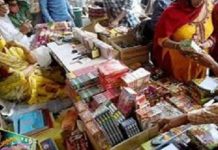