At a time when the entire nation is disturbed over the gradual erosion of constitutional morality, the recent Allahabad High Court judgement directing a CBI probe into the infamous Unnao case has come as a respite.

The High Court has also ordered immediate arrest of a powerful BJP legislature Kuldeep Singh Sengar along with other accused. They have been booked under the heinous charges of kidnapping, rape invoking POCSO Act, as victim was a minor girl at the time of crime. The proactive approach of the High Court to step out to ensure rule of law and justice, cornered the state’s top law officer, Advocate General, who played all technical tricks to avoid the arrest of accused BJP MLA.

“The Courts, in particular the High Courts, are the guardians of the life and liberty of the citizens and if there is any flavour of deliberate misuse of the authority vested in the Investigating Authority, the High Court or the Supreme Court may certainly step in to correct such injustice or failure of justice,” observed Chief Justice Dilip Babasaheb Bhosale and Justice Suneet Kumar in a detailed order passed by the bench.

Passing severe strictures on the role of Advocate General Raghvendra Kumar Singh, the High Court held, “Advocate General not only exudes an unpleasant flavour, but raises doubts about the bonafides of the police authorities at the highest level. We are unable to persuade ourselves in accepting the contention of learned Advocate General that the accused in the circumstances cannot be arrested. In our opinion, arrest of the accused in the present case is necessarily required to safeguard the majesty of law and the dignity of the prosecutrix and to instill confidence that free and fair investigation shall be undertaken by the Investigating agency.”

Requesting the court to take a suo motu cognizance, eminent senior advocate of Allahabad High Court, Gopal Swarup Chaturvedi presented a letter in the open Court with a request to treat it as a Public Interest Litigation, showing newspaper clippings where a minor girl was allegedly raped by a Member of Legislative Assembly, Kuldeep Singh Sengar and his aides in an incident at Unnao. Mr Chaturvedi painfully narrated the sequence of events leading to custodial murder of victim’s father in judicial custody because of merciless attack on him by goons including brother of MLA.

The High Court after hearing the daring facts of the case accepted the PIL, “Gopal S. Chaturvedi, learned Senior Advocate, presented a letter addressed to the Chief Justice, requesting to take a suo motu cognizance of the incident that has taken place in district Unnao, where a girl was allegedly raped by a Member of Legislative Assembly, Kuldeep Singh Sengar of Bangarmau Constituency and his aides. He submits that though the offence came to be registered on the basis of first information report lodged by father of the girl, naming Kuldeep Singh Sengar as main accused, the Investigating Agency has not arrested him till today. What is disturbing, as submitted by Chaturvedi, is that the father of the prosecutrix, for no reason, came to be arrested and was in custody, where, we are informed, he was mercilessly beaten and succumbed to the injuries yesterday, i.e. 10.4.2018. We fail to understand why the Investigating Agency instead of arresting accused persons, they arrested complainant, in connection with this case.”

“We direct the office to register the letter of Chaturvedi, learned Senior Advocate dated 11.4.2018 as PIL and place it before this Court tomorrow, as fresh matter. We also direct Ramanand Pandey, learned Addl. Chief Standing Counsel for the State, to inform the Advocate General/Addl.

Advocate General to appear in the case. We request Gopal S. Chaturvedi to appear in the case as Amicus Curiae,” the bench ordered.
The court examined the record produced before it by the Yogi Adityanath government and found therein that victim’s complaint against Kuldeep Singh was not registered. Consequently, victim made a complaint to the Chief Minister, in her own handwriting, about the incidents that had occurred on June 4, 2017, and between June 11 and June 20, 2017, making allegation of rape, in particular against Kuldeep Singh, who allegedly committed rape on that day (04.06.2017). The complaint was endorsed to the Superintendent of Police, Unnao, by the Special Secretary to the Chief Minister to make investigation and submit a report within a week. But till midnight of April 11 ,2018, no crime/FIR was registered against Kuldeep Singh and his aides.

The bench headed by Chief Justice had carefully gone into the details of complaint of victim, placed by the Advocate General. Narrating her nightmare the victim wrote that she was enticed on the night of June 11, 2017, by her neighbour on the pretext of providing her job. Awdhesh and Shubham raped her repeatedly in the car. She tried to escape, but was beaten and intimidated. She was kept in the custody of Shubham at his house, where, she was repeatedly raped by other persons. From the narration of facts, it appears that the accused named and unnamed, therein, were known to Kuldeep Singh. It is alleged that she was sold for Rs.60,000/- to some person at Agra. At early hours of June 20, 2017, the police recovered her and had taken her to Police Station Maakhi. It is alleged that en route she was continuously threatened and warned by the police officials to say whatever she would be instructed or else her father shall be killed as has been directed by Kuldeep Singh. Serious allegation has been made in the complaint against the conduct of the officials of Police Station Maakhi, Station House Officer and Medical Doctor. It is alleged that Doctor did not examine her instead he advised victim to maintain good relation with Kuldeep Singh. Thereafter, on June 30, 2017, her parents took her from Child Welfare Society to Delhi in a frightened and tormented mental state. At the place of her Uncle (Chacha) at Delhi, she disclosed to her Aunt (Chachi) that she was raped by Kuldeep Singh on June 4, 2017.

Her aunt took thereafter victim to Lucknow to get the FIR registered against Kuldeep Singh, Doctor, Station House Officer and Superintendent of Police, Unnao. Since no cognizance of her complaint had been taken she made a written complaint to the CM. Victim also tried to self immolate near Chief Minister’s residence and later she again attempted suicide bid in the police station attracting media glare of buried crime exposing politico-criminal nexus and totally surrendered police and administration to help out MLA from crisis time.

Thereafter, as a part of diverting tactics, the wife of the MLA Sangeeta Singh Sengar met UP DGP O.P.Singh and demanded NARCO test of the survivor and her husband, Kuldeep Singh Sengar. She alleged that, “There is a political conspiracy to defame my family. I demand NARCO test of the girl, her uncle, as well as my husband. The truth will be out in the open. Our entire family is undergoing mental trauma.”

It is alleged that in the intervening period, several false cases were lodged against father and family members of the victim, including FIR No. 89 of 2018 under various Sections of IPC and 3/25 of Arms Act, at the behest of Kuldeep Singh to pressurise victim’s family to fall in line with the dictates of Kuldeep Singh. Thereafter, Atul Singh, brother of Kuldeep Singh and his named aides assaulted father of the victim and handed over to the police. Due to extreme pressure mounted upon family members and the brutal assault inflicted upon victim’s father, he succumbed to injuries on April 9, 2018.

Despite the said complaint being endorsed by the office of the Chief Minister, nothing was done by the Circle Officer, at the behest of Kuldeep Singh, rather, coercion was being exercised upon the victim and her family members not to proceed with her complaint. Thereafter, as a last resort, mother of the victim approached the Chief Judicial Magistrate by filing an application under Section 156(3) CrPC on February 12, 2018. On the application, a report was sought from Police Station, Maakhi.

During arguments the Advocate General informed the court that without waiting for the order of the Chief Judicial Magistrate, on April 12, 2018, a case has been registered under Sections relating to kidnapping, rape and threats to life under IPC and 3/4 of POCSO Act (FIR No. 0096) against Kuldeep Singh for the incident dated June 4, 2017, alleging rape by Kuldeep Singh.

The court observed that the accused persons have made all efforts to tamper with the evidence or to win over not only the police personnel but even doctors. The doctors have been have been placed under suspension in view of the observations made by SIT after preliminary investigation into the entire incident.

Despite revelations of fact by SIT that the accused, police personnel and doctors caused disappearance of evidence of offence, the Investigating Agency, as submitted by learned Advocate General, is not prepared to arrest the accused persons.

“Even at this stage, learned Advocate General submits that there is no sufficient evidence to cause arrest, and the IO will take further steps only after further investigation in accordance with law and, in the course of investigation, if the offence is disclosed, they would arrest the accused persons The court specifically asked learned Advocate General as to whether such procedure is being followed by the Investigating Agency in the State of Uttar Pradesh in all such cases, he could not reply to court’s query,” the court observed.

“The purpose of CrPC is to facilitate the enquiry and investigation into the commission/omission of the crimes. No person or State officer can take technical pleas which does not sub-serve the interest of investigation or fails to protect the victim of heinous crime. If the argument and the stand of Advocate General is to be accepted, it will send a wrong and devastating message in the society and would directly facilitate the cause of the accused in the instant case and the inaction of the Investigating Agency in bringing the culprit to the book,” High Court held.

It is worth mentioning that Congress president Rahul Gandhi went in for a candle light protest on the mid-night of April 12, 2018. Making a public appeal to join the candle light vigil to protest against the rape cases in Kathua and Unnao, he led a march to protest crimes against women. He was joined by his sister Priyanka in the march with other senior party leaders such as Ahmed Patel, Ghulam Nabi Azad and Ambika Soni. Police inaction in the rape of a minor girl in Unnao (U.P.) and communalisation of the rape case of an eight-year-old girl in Kathua (J&K) has received criticism from all quarters.

Nationwide protests over the raising crimes against women and political attacks on BJP governance put pressure on the top leadership of the party. It is said that even before the High Court could order CBI investigations into the crimes entails the involvement of BJP legislature, the state government had recommended a CBI probe and Union government accepted it within a few moments. The sun rise of April 13 flooded with the messages that CBI detained BJP legislature in the wee hours and interrogating him in CBI office Lucknow by a special team headed by an IPS officer of Gujarat cadre. During the course of the day the Allahabad High Court ordered court-monitored CBI investigations in all the cases. 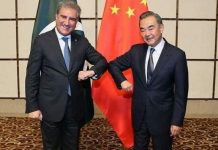 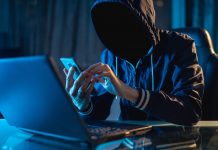