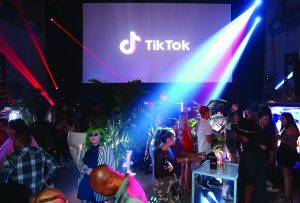 The Madras High Court has lifted its ban on Chinese social media app TikTok with the condition that the platform should not be used to host obscene videos. A bench of Justices N Kirubakaran and SS Sundar of the Madurai bench of the high court, which heard the matter as per the orders of the Supreme Court, warned that if any “controversial” video violating its conditions were found posted using the app, it would be considered a contempt of court.

The high court had on April 3 directed the Centre to ban the mobile app TikTok, which is used to create short videos, as it voiced concern over “pornographic and inappropriate content” being made available through such apps. Hearing a plea by the Chinese company ByteDance, which owns the app, challenging the ban, the Supreme Court has refused to stay the HC order, but asked the firm to raise its grievances before the high court.

A bench of Chief Justice of India Ranjan Gogoi and justices Deepak Gupta and Sanjiv Khanna had Monday directed the high court to decide on Wednesday the plea for vacating its earlier ban order. It had also said if the Madurai bench does not decide the plea for interim relief on Wednesday, the ban order will stand vacated. PTI

In a separate development, a 20-year-old college student from Andhra Pradesh was arrested on April 24 in Hyderabad for posting a video on TikTok app, in which he is seen “abusing and defaming” Telangana Chief Minister K Chandrasekhar Rao and the people of the state, police said. The accused had on April 14 logged into TikTok app and uploaded the video with “highly derogatory” remarks against Rao and the people of Telangana, which had gone viral, they said.

Based on a complaint from Telangana Rasthra Samithi Vidhyarthi Vibhagam leader V Ram Narsimha Goud, a case was registered on April 20 under Section 153A (promoting enmity among people on grounds of religion) of the IPC and relevant sections of the Information Technology Act. Following investigation, the accused was arrested, they added.

The complainant had stated that such videos would hurt the personal feelings of the people of Telangana. Rachakonda Police Commissioner Mahesh M Bhagwath said the case was registered for promoting enmity between the people of two Telugu-speaking states by making a video with “highly derogatory” comments against the Chief Minister and the people of Telangana. Police also seized two smartphones from the possession of the accused, they said.

TikTok’s parent company Bytedance had earlier revealed plans to invest $1 billion in India over the next three years. The Chinese IT major will reportedly increase its workforce in India to 1,000 people by the end of this year. Bytedance’s plans for India come close on the heels of a court-imposed ban on TikTok over allegations of sharing inappropriate content.

“We are obviously disappointed by the current developments, but we are also very optimistic that we will resolve this issue. We remain committed to our Indian users. As a company, we are looking to invest $1 billion over the next three years in India, that is how bullish we will remain to be here”, PTI quoted ByteDance Director (International Public Policy) Helena Lersch as saying.

Lersch added that the company has been strengthening its content moderation policies over the last months. The content moderation team in India, which looks at the posts passed by a machine learning tool, is proficient in 14 local languages and can make culturally relevant decision, she added.

“About 25 per cent of that (workforce of 1,000 employees) will be just content moderation, which means there is full-time moderation staff based in India… We have around 250 full-time staff (right now) but we are very growing that rapidly,” Lersch reportedly said.

Founded by Zhang Yiming, Bytedance is considered to be one of the world’s most valuable start-ups with investors like SoftBank, General Atlantic, KKR and Sequoia backing it. Apart from the now banned TikTok, the company provides platforms like Vigo Video and Helo In
India for content creation and sharing.

Leading short video application TikTok has over 120 million users in India and is popular among youngsters.

The Madras High Court on April 3, 2019, had directed the Centre to ban TikTok, saying it was evident from media reports that pornography and inappropriate content were made available through such mobile applications. Soon after, tech giants Google and Apple
removed TikTok from their app stores in India to prohibit further downloads of the application.

Tech giants Google and Apple have already removed TikTok from their app stores after the Supreme Court had refused to stay Madras High Court order asking the Centre to prohibit the download of the Chinese social media platform.

A search for video-sharing platform TikTok on Google’s Play Store and Apple’s App Store did not show the app. The government had asked Google and Apple to comply with the HC order that had banned popular mobile app TikTok, according to sources.

“Any existing user of TikTok who has the app installed on the smartphone can share it with any seeker through apps like ShareIt. Once the app is shared, the user can install the app and become a new user,” said research firm techARC founder and Chief Analyst Faisal Kawoosa. He added that there is a need for a “holistic approach” to get rid of such increasing digital menace, which cannot be absolved by technology and/or legal recourse alone.

The HC, on April 3, had directed the Centre to ban TikTok app. In its order, it had said it was evident from media reports that pornography and inappropriate content were made available through such mobile applications. It had also directed the media not to telecast video clips made with TikTok. TikTok, which is owned by Chinese company ByteDance, is popular among youngsters in the country. It allows users to create short videos and then share them. In a statement, TikTok said it has faith in the Indian judicial system.