The Supreme Court agreed to go deeper into the alleged murky functioning of Lucknow Development Authority (LDA) under the state government and its agencies to safeguard the interests of the thousands of homebuyers who have been running from pillar to post losing their lifetime savings in the dream projects of Ansal-API Hi-Tech Township to get a roof on their heads.

The apex court has taken stern step against the mega real estate player of India after it proactively came forward to protect the interests of homebuyers from the vicious clutches of notorious Amrapali and Unitech groups. A bench of Justices Dhananjay Y. Chandrachud and Indu Malhotra issued notice on a writ petition filed by the panic-stricken homebuyers of Sushant Golf City Hi-Tech Township project of Ansal API, in Lucknow agreeing to hear them.

The bench also sought response within four weeks from the state government and police as the homebuyers alleged in their petition that the government authorities failed to take action despite their complaint against the company for cheating them and diverting their money fraudulently violating blatantly the provisions of laws, enacted to protect the interests of homebuyers. The petition urged probe by central investigation agencies into the connivance of these public authorities who failed to secure performance guarantee to the extent of 25 percent transferable rights in saleable land. The authorities also failed to take action on the sale of lands that do not have clear title in its favour.

UP RERA on 25.10 2018 ordered forensic audit of its 91 registered projects under Shushant Golf City Hi-Tech township in view of complaints the complaints of omission and commission from the homebuyers against the developer. RERA entrusted M/s Curie and Brown to investigate its affairs, especially accounts of promoter and its subsidiaries or consortia to find out possible diversion of funds, causes of inordinate delay in completion of projects, fixing responsibilities and suggesting remedial measures to overcome mess.

The audit report highlighted that Developer expanded hugely which resulted in mismanagement of resources and funds. Currently, large parcel of land in phase 1 and phase 2 is mortgage to various banks through process of equitable mortgage. Repayment of avail loan has posed a challenge in project completion. The report also disclosed that in a few loan agreements developer has not only mortgaged the project land but also hypothecated the project receivables. This has eventually led to mismanagement of escrow account as mandated under RERA guidelines.

The Curie and Brown auditor has found that there was surplus money in the project that should have been utilised towards project completion. Developer has sold FSI in many projects that resulted in robust inflows in the project.

The RERA guidelines mandates a promoter should deposit 70% of collection from allottee into a separate designated account and that should be utilised for the purpose of construction and land payment. The same can only be withdrawn from said account in proportion the percentage completion of project but auditors found access withdrawal in account books. Report revealed that out of total inflow of funds in the registered project amounting to 2672 crores out of which 606 crores funds found diverted for other purposes that is not permissible.

Ansal Group emphatically refuted the findings of forensic auditors of diversion of 606 crores from project funds. The chairman of Ansal group, Sushil Ansal in a meeting of RERA on 21.5.2019 asserted that the forensic auditors have taken three source of inflow of funds-received from customers, received from FSI sold and loan availed/disbursed. He contended that FSI sold is not part of RERA project and is a business-to-business transactions cannot be a funding source. Similarly, bank’s loans are not part of customer inflows should be excluded. Thus, after removing these two items net surplus from 91 project remains to be 144 crore only. He pointed out that the forensic auditor has not taken outflows because of refund made to customers of these 91 projects to the tune of 181.88 crores.

However, UP RERA secretary issued a detailed order on 9th July,2019 granting further four months’ time to developer putting notice of deregistration of its projects on the hold, apparently providing a breather to the developer at the cost of miseries of homebuyers. Earlier the RERA had rescheduled completion dates varying from March 2020 up to 2024 beyond its originally conceived DPRs that fixed its completion by 2012.

The Petitions Committee of UP Vidhan Sabha also considered the plight of home buyers and discussed it in multiple sittings before the committee members, officers of LDA and Housing department and submitted its recommendations with regard to speedy completion of phase wise project in the infrastructural development of the town. However, the Committee chaired by speaker Hriday Narain Dixit did not propose specific action against developer despite alleged violations of MOU with LDA and homebuyers grievances with regard to undue delay in handing over their housing unit.

“Agony of the homebuyers doesn’t seem to end. To buy a dream home has become the nightmare of the homebuyers and to chase for their homes has landed them with the government authorities, who are in active connivance with the builder have left the homebuyers deserted, feels Supreme Court advocate Pawanshree Agrawal. He earned the credit for raising the plight of such deceived homebuyers of Amrapali and Unitech groups before apex court as their saviour to get justice.

Pawanshree Agrawal, who comes from illustrious family of lawyers and judges, told Tehelka, “Faced with this situation the homebuyers have no option but to seek the shelter of the Constitutional court i.e. Supreme Court with whom they have hope and faith. Sushant golf city project by Ansal API is one such example. 14 years since the launch of project the homebuyers are still looking to get their home and plots.” “If one studies this case, this is nothing but a scheme of perpetual loot prepared by the builder right under the nose of the LDA, who also are in active connivance with the builder,” he added.

Explaining the details of scam, he narrated, “sprawling in 6,465 acres of land, five development agreement, 39 schemes is in shambles. Out of 39 schemes only 6 schemes are complete and others are under construction or have not even started. Thousands of crores collected from the homebuyers, banks etc have been siphoned off by the Ansals with the officers of the LDA, he alleged.

“When the homebuyers go to make a complaint in EOW they have been made to run from pillar to post with no results which also shows that they are also in connivance with the Ansals, he asserted.

Pawanshree, who had assisted the apex court as amicus curie in other matters, strongly believes that Supreme Court is the only and last hope for these buyers and they hope that as the court has protected the homebuyers of Amrapali and Unitech, it will do the same for the homebuyers of Ansals. 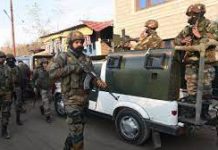