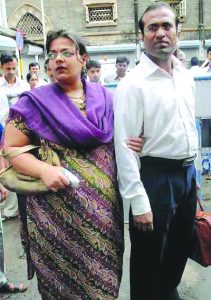 Way back in 2008, a Mumbai-based gynecologist and obstetrician Dr Nikhil Datar set out on a legal journey with his patient Niketa Mehta who was 24-weeks pregnant then and her husband Haresh for they wanted to terminate pregnancy as they did not want to bring their child, who was diagnosed with a congenital heart block.

The Bombay High Court rejected their plea seeking to abort their 25-week unborn child who was found to have congenital heart defects. The case had generated intense debate over ethical implications of the law on abortion. The much-awaited ruling by a division bench consisting of Justice P.B. Mujumdar and Justice A.A. Sayyad came after the state-run J.J. Hospital submitted a second medical report to the court.

Niketa and her stockbroker husband Haresh Mehta contended in the Court that since their unborn child faced cardiac complications, the court should permit them to medically terminate the pregnancy. They challenged the Sections 3 and 5 of the Medical Termination of Pregnancy Act, 1972 as Section 3, says that woman could abort her foetus if it was defective, but within 20 weeks of pregnancy. Section 5 allows a woman to terminate her foetus if it posed a health risk to the mother, but remains silent on the issue of the period of the pregnancy.  The Mehtas felt that instead of making their unborn child suffer with a congenital heart problem all its life, it would be better to abort it, but were prevented by the law. The case hit headlines and became hot topic in television debates.

Niketa, who lost her battle in the Court, eventually lost her child to a miscarriage. But Datar carried the legal battle to the Supreme Court, seeking an increase in the upper limit for termination of a pregnancy from 20 weeks to 24 weeks.

Their 12-year long battle seems have paid off as government seems coming close to recognizing women’s reproductive rights with Union Cabinet, chaired by the Prime Minister Narendra Modi, approving the Medical Termination Pregnancy (Amendment) Bill, 2020, proposing to the upper gestation limit for termination of pregnancy from 20 to 24 weeks for special category of women. What does that mean and what are its implications. The existing Medical Termination of Pregnancy Act, 1971 (Section 3) capped the abortion limit at 20 weeks. Under Section 5, a woman could undergo abortion beyond 20 weeks only if her life was endangered by pregnancy. But there remained no provision for foetuses that were diagnosed with severe life threatening defects. Most birth defects are diagnosed between 16 to 18 weeks of pregnancy. But some anomalies of the brain and spine can be detected only after 20 weeks.

Union Information and Broadcasting Minister Prakash Javadekar who briefed media after Union Cabinet approved the Amendment Bill said, “In a very progressive reform and giving reproductive rights to women, the limit of 20 weeks for medical termination of pregnancy has been increased to 24 weeks. This was important because in first five months there were cases that the girl concerned doesn’t realize and then they have to go to court. This was widely discussed with the stakeholders.” He said the move would help reduce maternal mortality.

Javadekar said, “earlier after 24 weeks when there was no official permission, people used to resort to informal channels, unsafe MTPs and thus there would be problems. In fact, very few countries have given women such reproductive rights. Now such a progressive step has been taken. This will particularly help adolescent girls, rape victims and others who have faced such problems.”

Amongst major features of the Bill are proposing requirement for opinion of one provider for termination of pregnancy, up to 20 weeks of gestation and introducing the requirement of opinion of two providers for termination of pregnancy of 20-24 weeks of gestation. The Bill says that enhancing the upper gestation limit from 20 to 24 weeks for special categories of women which will be defined in the amendments to the MTP Rules and would include ‘vulnerable women including survivors of rape, victims of incest and other vulnerable women (like differently-abled women, minors) etc.

The Bill proposes that upper gestation limit will not apply in cases of substantial foetal abnormalities diagnosed by a duly constituted Medical Board. It also clarified that the composition, functions and other details of Medical Board would be prescribed subsequently in Rules under the Act. Name and other particulars of a woman whose pregnancy has been terminated shall not be revealed except to a person authorized in any law for the time being in force. The Medical Termination of Pregnancy (Amendment) Bill, 2020 is for expanding access of women to safe and legal abortion services on therapeutic, eugenic, humanitarian or social grounds.

The proposed amendments include substitution of certain sub-sections, insertion of certain new clauses under some sections in the existing Medical Termination of Pregnancy Act, 1971, with a view to increase upper gestation limit for termination of pregnancy under certain conditions and to strengthen access to comprehensive abortion care, under strict conditions, without compromising service and quality of safe abortion.

The government claimed that it is a step towards safety and this will benefit well-being of the women and many women. Recently several petitions were received by the Courts seeking permission for aborting pregnancies at a gestational age beyond the present permissible limit on grounds of foetal abnormalities or pregnancies due to sexual violence faced by women. The proposed increase in gestational age will ensure dignity, autonomy, confidentiality and justice for women who need to terminate pregnancy. In order to increase access of women to safe abortion services and taking into account the advances in medical technology, the Ministry of Health and Family Welfare has proposed amendments after extensive consultation with various stake holders and several ministries.